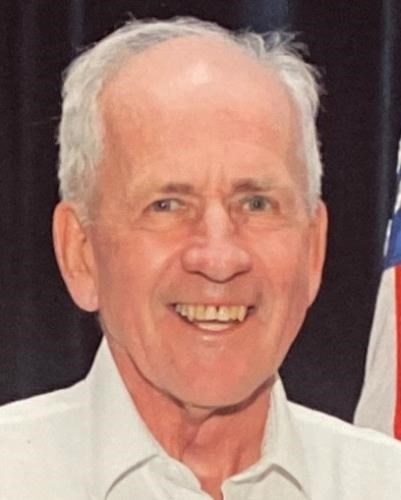 BORN
1934
DIED
2021
ABOUT
Cardinal Hayes High School
Eugene James Sullivan passed away with his family by his side on February 16, 2021 at Middlesex Hospital in Middletown, CT after an eight year and one month ordeal with lung and thyroid cancer (and various other maladies). Gene was born on November 19, 1934 in Yonkers, New York, the fourth child of six and the third Marine of five born to the late Michael L. Sullivan and Frances (Kingberger) Sullivan. Gene graduated from Cardinal Hayes High School in the Bronx before joining the United States Marine Corps in 1952. That decision led him to Parris Island Boot Camp, the Great Lakes Naval Training Center and Camp LeJeune, North Carolina where he was part of the Second Battalion, Second Marines. While with the Marine Corps, he was able to travel Europe, Asia, Puerto Rico and Cuba. After leaving the Corps with an honorable discharge, he attended Mount St. Mary's University in Emmitsburg, Maryland under the G.I. Bill. He graduated from The Mount in 1960 and went on to get his master's degree in English at the University of Detroit. Post-graduate life involved working for Grolier Encyclopedia where he researched and put together entries on the Pan Am Building and recreational sailing that made it into the 1963 and 1964 editions of the encyclopedia. Working for Grolier gradually led him west to a variety of cities including Chicago, Kansas City, Denver and, ultimately, Los Angeles, where he met and married his wife Shirley in November of 1965. They began their next 55 years together by driving across the country and eventually settling in Connecticut where they had two children and two grandchildren. Gene's life in Connecticut involved working in modern technologies such as computers, telecommunications and office systems. From the 1980s through the 2000s, Gene ran his own business in the telecom industry while also finding time for community service work with the United States Power Squadron, the Exchange Club, the Connecticut Chapter of the Mount St. Mary's alumni group, the Middlesex County Chamber of Commerce and the local chapter of the Marine Corps League. When not working or volunteering, he could inevitably be found on the beach at Black Point Beach Club in East Lyme, CT or boating with his wife and friends on the Connecticut River via the Hamburg Cove Yacht Club in Lyme, CT. Gene loved being on the water almost as much as he loved the Marine Corps and he loved the Marine Corps almost as much as he loved being around friends and family. Gene is predeceased by his sister Mary Lu and his brothers Michael, John and Emmett. He is survived by his wife Shirley (Sanchez) of Portland, CT, his son Tim of Portland, CT, his daughter Amy, her husband Jeff (Stomsky), grandsons Matthew and Adam of Newington, CT, his brother Joseph of New Mexico and numerous nieces and nephews. The family would like take this moment to thank oncologist Dr. Mohan Menon, formerly of Hartford Hospital, the staff of the Helen & Harry Gray Cancer Center at Hartford Hospital, oncology nurse Jayne Shea and the staff at the Starling Physicians Infusion Center in Wethersfield, CT, Dr. Thomas J. Lynch, Jr., formerly of Yale-New Haven Hospital, Dr. Sarah Finnegan of the Veterans Administration Medical Center in Newington, CT, the caregivers at DynamicTouch Home Care in West Hartford, CT and Liz Petry and Christy Billings of the Veterans Writing Group at Russell Library in Middletown, CT. A private service for Gene will take place at St. Mary's Church in Portland, CT. He will be laid to rest with military honors following the service at the State Veterans Cemetery in Middletown, CT. In lieu of flowers, donations may be made to St. Mary's Church in Portland, CT or the American Cancer Society.

Published by Hartford Courant on Feb. 28, 2021.
To plant trees in memory, please visit the Sympathy Store.
MEMORIAL EVENTS
To offer your sympathy during this difficult time, you can now have memorial trees planted in a National Forest in memory of your loved one.
MAKE A DONATION
Please consider a donation as requested by the family.
MEMORIES & CONDOLENCES
Sponsored by the family.
3 Entries
One of the nicest people we have ever met. Our condolences to Shirley and the Family.
Barbara and Fred Fischbein
Fred Fischbein and Barbara Bradow
Acquaintance
March 4, 2021
Hi Amy and Mrs. Sullivan, I am so incredibly sorry for your loss but what a great life he lived! Wow! You have so many wonderful memories to cherish and I am so happy that I knew him. Again my deepest sympathy for you and your family. Much love, Sue
Suzanne Roberts
Friend
March 1, 2021
God Bless You Sir, Semper Fidelis
Mark
February 28, 2021
Showing 1 - 3 of 3 results