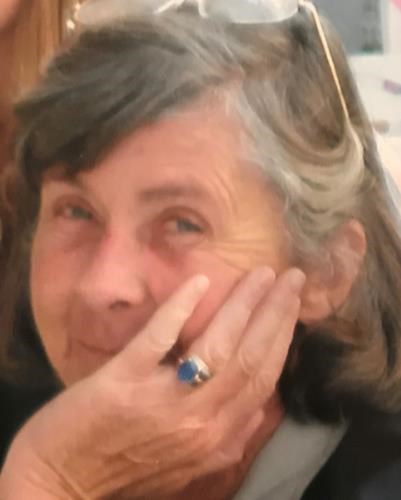 Gail Copeland Allen (73), loving wife of the late Francis Allen, died on Tuesday, February 23, 2021, at her home on the Open A Ranch in Lakeview, Oregon. Gail was born on July 17, 1947, in Hartford, CT, daughter of the late Lenore and Irving Copeland. After Irving's death, Lenore married John Frederick Bitzer and Gail became a beloved member of the entire Bitzer family. Gail grew up in Wethersfield, CT and graduated from Wethersfield High School, Bradford Junior College, and American University with a major in Journalism. She returned to Hartford, CT where she became the Women's Editor for the Hartford Courant. Gail met her future husband Fran in Hawaii where they were both attending the Dole Pineapple Bake-Off, Gail on assignment for the Courant and Fran representing his advertising firm, Allen and Dorward. Fran had established the Open A Ranch in Lakeview OR in 1969 after spending his formative years on his family's ranch in Hopland, CA, and desiring the same experience for his family to enjoy. Gail joined him on the ranch after their marriage, where they spent their 40 years of married life together. Fran and Gail hosted many memorable gatherings with Fran's four daughters and family at the ranch, while most winters were spent in Borrego Springs, CA, enjoying many games of golf and cards with their friends and family. They loved to travel, ski and celebrate life together, especially with their daughters and grandchildren. The Bitzer Family has fond memories of times spent with Fran and Gail over the years. At one family gathering at Vista Verde Ranch in Steamboat Springs, Colorado, the young nieces and nephews from the East exclaimed in awe that Gail was a "Real Rancher" and Fran was a "Real Cowboy!" Gail had been the Business Administrator of the Open A Ranch for many years. Fran hired Lakeview local Jack Damuth in 1969 to manage the ranch. After Jack's retirement, his son Matt assumed the ranch manager position, where he is now assisted by his son Cord. In her most recent years, Gail enjoyed Matt and Cord's caring friendship over homecooked meals and many games of cribbage. Gail will be missed by friends and family alike. She was predeceased by daughter Janice McConnico and brother John Frederick Bitzer, Jr. She is survived by daughters Sally Allen, Nancy Allen (Marc Landry), and Lucy Allen (Rob Hellquist), beloved grandchildren Christopher (Jess), Will, Sarah (Anthony), Lauren (Tom) and Courtney, four great grandchildren, and many nieces and nephews from the Allen family. She is also survived by her sisters, Katrina (Bitzer) Woodhouse and Polly (Bitzer) LaBrie, many nieces and nephews, and her dear childhood friend, Terry Duggan. Donations in Gail's memory may be made to The Borrego Springs Boys and Girls Club, PO Box 1051, Borrego Springs, Calif 92004 or the Lake County Library Endowment Fund, PO Box 44, Lakeview, OR 97630.

To plant trees in memory, please visit our Sympathy Store.
Published by Hartford Courant on Apr. 25, 2021.
MEMORIAL EVENTS
No memorial events are currently scheduled.
To offer your sympathy during this difficult time, you can now have memorial trees planted in a National Forest in memory of your loved one.
MAKE A DONATION
MEMORIES & CONDOLENCES
Sponsored by the family.
0 Entries
Be the first to post a memory or condolences.