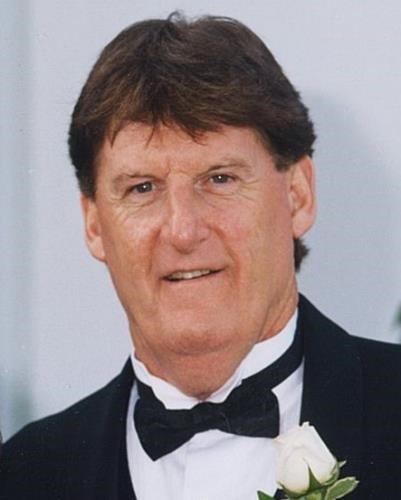 BORN
1934
DIED
2021
ABOUT
Cardinal Hayes High School
FUNERAL HOME
Carmon Windsor Funeral Home
807 Bloomfield Avenue
Windsor, CT
George Francis Morganthaler, 87, of Windsor, beloved husband for 61 years of the late Angela (Strazza) Morganthaler, passed away peacefully at home on Monday, August 9, 2021, with his family by his side. George was born on May 23, 1934, in Bronx, NY, son to George and Catherine (Clarke) Morganthaler. George graduated as class valedictorian from Cardinal Hayes High School, Bronx, New York. He received a bachelor of science degree from Manhattan College where he studied civil engineering and went on to earn a master's degree in mechanical engineering from the University of Connecticut. In addition to his schooling, George proudly served his country with the United States Marine Corps. George was a chief design engineer with the International Fuel Cells Division of United Technologies for over 30 years. Through his expertise with fuel cells, he had the honor to travel to California for work with NASA on fuel cells for space shuttles and later to Japan to explore the utility of fuel cells in cars. He was a longtime member of the Windsor Democratic Town Committee and also served on the Windsor Public Building Commission and the Board of Ethics. In his spare time, George and his wife enjoyed traveling to the ocean, especially Cape May, NJ; Martha's Vineyard, MA; and Shelter Island, NY, to name a few. He was an avid golfer, frequently meeting up with his buddies for a round at the former Mill Brook Golf Course in Windsor and loved playing at Farm Neck and Mink Meadows golf courses on Martha's Vineyard. George was dedicated to his family and a devoted father and grandfather. He never missed a school or sporting event, no matter the day or night. He was their "#1 Fan," even traveling to games later in life with his walker. George also enjoyed watching his favorite team, the New York Yankees, on television and enjoyed many games at Yankee Stadium in person back in his younger years. George also loved helping his wife Angela, a former schoolteacher for many years in Windsor, set up her classroom and visit with her and her students. George is survived by his two loving children, Victor Morganthaler and his wife Kelly Cusson and their children Joseph and Grace, of West Hartford and Nicole Morganthaler Lugli and her husband Rick and their children Gabriella and Katrina, of Avon; his two sisters Bernadette Patrick and her husband Kenneth of Mashpee, MA and Patricia Messing and her husband Richard of Southbury; his sister-in-law Ellen Strazza and Robert Arlotta, as well as his beloved nieces, nephews and extended family. The Morganthaler family is grateful for the extraordinary care and comfort of Dr. Alina Dobrita, Joy Brown and Lynn Andrews through the years for both Angela and George. A Mass of Christian Burial will be celebrated at 11 a.m. on Monday, August 16, at St. Damien of Molokai Parish- St. Gabriel Church, 379 Broad St., Windsor. Guests are asked to please go directly to the church. A time of visitation will be held from 10:15-10:45 a.m. prior to the Mass at the church. Burial with committal prayers will follow in Windsor Veterans Memorial Cemetery. In lieu of flowers, memorial donations may be made to the House of Bread, 1453 Main Street, Hartford, CT 06120. To leave an online message of condolence for his family, please visit www.carmonfuneralhome.com.

Published by Hartford Courant on Aug. 12, 2021.
To plant trees in memory, please visit the Sympathy Store.
MEMORIAL EVENTS
Aug
16
Visitation
10:15a.m. - 10:45a.m.
St. Damien of Molokai Parish- St. Gabriel Church
379 Broad St., Windsor, CT
Aug
16
Mass of Christian Burial
11:00a.m.
St. Damien of Molokai Parish- St. Gabriel Church
379 Broad St., Windsor, CT
Aug
16
Burial
12:30p.m.
Windsor Veterans Memorial Cemetery
East St., Windsor, CT
Funeral services provided by:
Carmon Windsor Funeral Home
MAKE A DONATION
MEMORIES & CONDOLENCES
Sponsored by the family.
4 Entries
Nicole, I know you have been a great blessing helping your father through the years and I'm sure he was forever grateful for all your help. I send my deepest condolences to you and your family at this time. Let me know if there is anything we can do to help you during this hard time.
April from the Govoni Agency, PLLC
September 28, 2021
Our condolences to the Morganthaler Family. George´s name was mentioned in my parents home many times. My Dad Robert Sanderson considered him a dear friend. Unfortunately he passed in September of 2020 very suddenly and unexpected. I hope they are together talking Fuel Cells.
Laura Sanderson Frakl
August 12, 2021
My sympathies to George´s family. I worked with George for many years on fuel cells . After we retired we shared many luncheons with Podolny and the group.
Paul Farris
August 12, 2021
With deepest sympathy during this time of difficulty.
Carmon Windsor Funeral Home
August 12, 2021
Showing 1 - 4 of 4 results