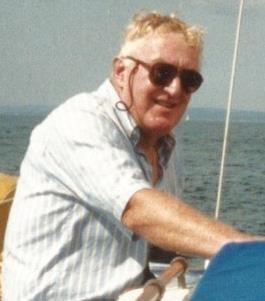 BORN
1932
DIED
2020
Gerald Orin Tompkins died at his home in West Hartford on April 13. He is survived by his wife of 62 years, Mary Catherine Tompkins, and his sons David, of Marfa, Texas; Jeffrey of New York City; and Mark of Los Angeles. Born in 1932 in Litchfield, Connecticut, he was elder brother to Catherine, Jacques, Janet, Casey and Caroline Tompkins. At Litchfield High School he played soccer, basketball and baseball. He attended Bates College and graduated in 1954 with a Bachelor's degree in English. That summer he reported for Army service at Fort Dix, New Jersey, and soon shipped out to Japan. In his later years he enjoyed reminiscing about his time in Japan. Back Stateside in 1956, he worked for the RCA Corporation and as an officer in the data processing division of The Hartford. In his spare time he became an avid hiker, skier and sailor. He joined the Professional Ski Instructors of America and taught skiing at Butternut and the Springfield (later Blandford) Ski Club. He skied at resorts throughout New England as well as at Tahoe, Whistler and Taos. A ski trip to Zermatt and Davos, Switzerland, with his eldest son Steven was a cherished memory later in life. He enjoyed sailing on Bantam Lake, the Connecticut River, Long Island Sound and the Intracoastal Waterway. After retiring from The Hartford, he volunteered for Covenant to Care and West Hartford Continuing Education, teaching computer skills. He was a member of the Silver Griffins at Bromley, a ski club for seniors, and as part of the Old Guard community service organization he volunteered to deliver Meals on Wheels. He is predeceased by his son Steven. A memorial service will be held at a later date.
To plant trees in memory, please visit our Sympathy Store.
Published by Hartford Courant on May 2, 2020.
MEMORIAL EVENTS
No memorial events are currently scheduled.
To offer your sympathy during this difficult time, you can now have memorial trees planted in a National Forest in memory of your loved one.
MAKE A DONATION
MEMORIES & CONDOLENCES
Sponsored by the family.
0 Entries
Be the first to post a memory or condolences.