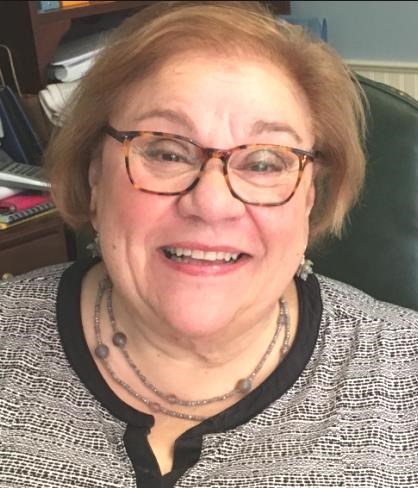 Geraldine M. Ficarra, 68, of Essex, died October 12, 2017 at her home. Known to her friends and family as Geri, she was an ardent Francophile, fluent in French and Italian. A Boston University graduate, she spent her junior year at the Sorbonne, immersing herself in French language and culture. She lived in Boston for a number of years before moving to Connecticut in 1980. Soon after, she was accepted to what was then the University of Bridgeport School of Law, graduating as valedictorian in 1984. A solo practitioner for much of her career, she focused on family law - divorces, custody cases, and often served as a guardian ad litem representing minor children in cases before the court. In 2007, she moved to Essex, opening a practice with her law partner, Michael Peck. She quickly made many new friends including her neighbors, George and Carol Tenney, and fellow expatriate Rhode Islanders, Jack and Dianne Monahan. Jack sponsored Geri for membership in the Rotary Club of Essex and she became a devoted Rotarian. Her fellow Rotarians elected her president; she served two terms, was chairperson of the club's Scholarship Committee, and was named a Paul Harris Fellow in 2016. She also was an active member of the Essex Democratic Town Committee. She loved living in Essex - she knew everyone and seemingly everyone knew her. Born in Providence, R.I., Geri was the oldest child of the late Carmelo T. and Lucy Ficarra of Bristol, R.I. Raised a Catholic, she decided later in life to convert to Judaism and was a member of Temple Beth David Synagogue in West Hartford. She enjoyed playing the piano and had a beautiful singing voice. She was whip smart, had a keen intellect and a sharp sense of humor. Her sudden departure from this world has left a hole in the heart of many who had the good fortune to have been her friend. She is survived by her sister, Elaine K. Ficarra, of Stratford, CT, and many wonderful friends and family both near and far who will miss her terribly and remember her fondly. A memorial service celebrating Geri's life will take place on Sunday, Nov. 5 at 1:30 p.m. in the Centerbrook Meeting House, 51 Main St., (Route 154) Centerbrook, CT 06409. Donations in her memory may be made to the Rotary Club of Essex Scholarship Fund, P.O. Box 484, Essex, CT 06426-0484. To share a memory of Geri or send a condolence to her family please visit www.rwwfh.com . Arrangements by the Robinson, Wright & Weymer Funeral Home in Centerbrook.

Published by Hartford Courant on Oct. 29, 2017.
To plant trees in memory, please visit the Sympathy Store.
MEMORIAL EVENTS
Nov
5
Memorial service
1:30p.m.
Centerbrook Meeting House
51 Main St., (Route 154), Centerbrook, CT
Funeral services provided by:
Robinson, Wright & Weymer
MAKE A DONATION
MEMORIES & CONDOLENCES
Sponsored by the family.
6 Entries
Geri and I were BFFs in law school. Following graduation, her career in private practice and mine in government made it harder to maintain the intensity of the friendship, but we connected from time to time. I can't believe I can 't call her up for dinner, a play or a law school event. Geraldine, you are in my thoughts and prayers. Elaine, you too.
Janet Ainsworth
Friend
November 10, 2017
Geri is among my best-remembered and most fondly remembered former students. I am proud to have been one of her teachers and prouder still to have been one of her many friends. I truly mourn her passing. It is a loss to the legal profession, to the community -- and to me.
Martin Margulies
Teacher
October 31, 2017
Dear Elaine,
I was so saddened to learn of the death of your dear sister, as I know how much you loved each other. Where has the time gone? It seems like it was yesterday when we were laughing and planning the judging of the king and queen of the Barnum festival. We had
some really fun times together. We will never ever forget our dear loved ones and we will always have our cherished memories. May God bless you. With my deepest sympathy, Lorraine Scelfo
Lorraine Scelfo-Szkotnicki
October 31, 2017
I am so sad to hear this. Geri and I became friends while she was a member of St. Andrew Parish in Bridgeport. She was a wonderful person and always made me laugh. God bless you, Geri, for all that you did for those who have been blessed to know and love you.

Jeannie Bisson
Jeanne Bisson
October 30, 2017
Geri was a good friend and helped me through several difficult times with her skills in the law. We will miss her quick wit and intellect. Geri was special.
Jerry Dunklee
October 29, 2017
Geri was a good lawyer, but more importantly a good person and a good friend. She will be missed.
Susan Connolly
October 28, 2017
Showing 1 - 6 of 6 results