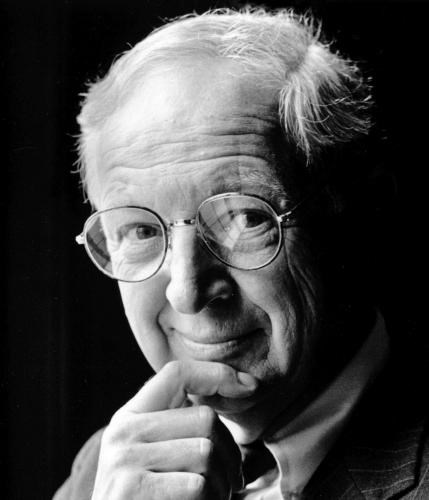 Gerard N. Burrow, M.D., "Jerry", passed away suddenly on Saturday, December 15, 2013, at his home in Hamden, Connecticut. Born on January 9, 1933, he was 80 years old. Dr. Burrow was Dean Emeritus and David Paige Smith Professor of Medicine at the Yale University School of Medicine. From 2001-2007 he was President and CEO of Sea Research Foundation in Mystic, Connecticut which operates Mystic Aquarium and global ocean exploration and science education programs. For many years, Dr. Burrow was Special Advisor to the President of Yale University for Health Affairs. He was a renowned expert in endocrinology, with a special interest in thyroid disease and its occurrence and implications during pregnancy. The author of many articles and papers, his two books on thyroid disease, Thyroid Function and Disease and The Thyroid Gland in Pregnancy, continue to be widely cited. A 1958 alumnus of the Yale University School of Medicine, Dr. Burrow wrote a seminal work on the history of medical school education, published in 2002. A History of Yale's School of Medicine: Passing Torches to Others, was the first comprehensive history of the medical school. Reflecting his own passion and training at Yale, the book's theme underscores the School of Medicine's emphasis on connection of body and soul, and its relationship to the University and local New Haven community. Dr. Burrow placed great emphasis on community involvement and public service. He was a volunteer firefighter for several years with the Pine Orchard Volunteer Fire Department in Branford, Connecticut. After graduating from Yale Medical School, he joined the United States Public Health Service, working on the Atomic Bomb Casualty Commission in Nagasaki, Japan from 1959-1961. He researched the effects of pre-natal exposure to the atomic bomb. In later years, beginning in 1990 to his death, he served as a Trustee of Sea Research Foundation, including several years as Chairman of the Board before becoming President and CEO. His focus at Sea Research Foundation included building research capabilities for the institution and connecting ocean exploration and marine mammal and biological health to human health issues. In his various roles, Dr. Burrow was a champion for public health issues. In the 1980s he was outspoken in calling on the international medical community to put aside fears related to treating AIDS patients. In a 1983 editorial in the Canadian Medical Association Journal, he wrote, "The medical profession and the hospitals exist to care for sick patients, and the respect we enjoy is at least partly based on our willingness to do so regardless of personal risk. The view that patients with AIDS present an unacceptable risk to the individuals caring for them has no place in medicine." Beginning in 2002, he travelled widely as part of a United Nations and World Health Organization effort to focus on the elimination of iodine deficiency. Iodine is essential to proper thyroid function, and iodine deficiency is a leading cause of developmental challenges and other health issues in children. For several years Dr. Burrow was Chairman of the Board of Directors of the University of Connecticut Health Center and served on the Board of Trustees of the University of Connecticut. During his tenure as Chairman, the University of Connecticut Health Center emerged as a nationally recognized leader in stem cell research and completed construction of the award-winning Cell and Genome Sciences Building. He was instrumental in establishing collaborative relationships between the UCONN Health Center and other hospitals in Connecticut, and in securing plans and funding for renovations and expansion of patient care and research facilities at the Health Center. In 1976, Dr. Burrow was recruited to head the University of Toronto's Division of Endocrinology and Metabolism at Toronto General Hospital. In 1981, he was appointed the Sir John and Lady Eaton Professor of Medicine, chair of the Department of Medicine at the University of Toronto, and physician-in-chief at Toronto General Hospital. He also held an appointment as professor of obstetrics and gynecology in Toronto from 1978 to 1987. Prior to returning to the Deanship and faculty at Yale School of Medicine, Dr. Burrow was Vice Chancellor for Health Services and Dean of the University of California - San Diego School of Medicine. He was a Director of Johnson & Johnson. Dr. Burrow was elected to the Institute of Medicine, National Academy of Sciences, and as a Fellow of the American Association for Science. Dr. Burrow earned his undergraduate degree from Brown University in 1954. He held dual citizenship in the United States and Canada. He is survived by his wife, Ann Burrow of Hamden, Connecticut, his son, Peter Burrow, wife Rula, and son Sam of Guilford; and his two daughters Elisabeth Burrow, husband Mitja Kosir and daughter Jessica of Fergus, Ontario, Canada; and Dr. Sarah Burrow, husband Richard Marshall, sons Ryan, Owen, and Nolan of Oakville, Ontario, Canada. A graveside service was held in New Haven, Connecticut on Wednesday, December 19th. A memorial service and tribute to Dr. Burrow is planned for January 17.

Published by Hartford Courant on Jan. 14, 2014.
To plant trees in memory, please visit the Sympathy Store.
MEMORIAL EVENTS
To offer your sympathy during this difficult time, you can now have memorial trees planted in a National Forest in memory of your loved one.
MAKE A DONATION
MEMORIES & CONDOLENCES
Sponsored by the family.
3 Entries
I'll never forget what you told me when we met and you agreed to write a letter of support for my med school application. "Great work so far...remember it only gets harder every year from now on..." I'm sure there are many physicians you opened a door for, and even more sure that your example has made every single one of us better than we would have been.
Jeffrey Towers
January 16, 2014
We will miss you dad!
Elisabeth Burrow
January 14, 2014
PAUL GOLDSTEIN
January 13, 2014
Showing 1 - 3 of 3 results