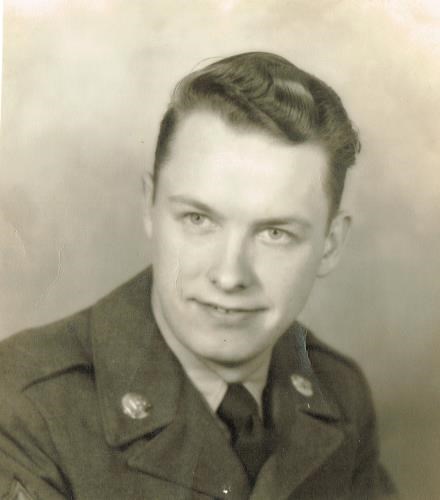 BORN
1929
DIED
2021
Harold Everett Brown, 92, of Willington, Ct. died Sunday, September 19th, 2021 at Hartford Hospital. He was born on April 13th, 1929 to Eva Chase and Ralph Brown in Brooks, Maine. He is survived by his wife, Alice Nickless Brown, two sons, David and Duane Brown, his granddaughters, Lauren and Shannon, his brother, Steven, and his sister-in-law, Paula. He was predeceased by his son Dwight, and his brothers Carl and Richard. Honorably discharged from the US Army, he served proudly in the military during the Korean War, where he was stationed in Austria. He was employed by Pratt & Whitney Aircraft for 35 years, beginning as a machinist and while not having a formal college education was able to work up to a Systems/Project Analyst through company education. One of his favorite parts of the day was playing cards with his co-workers during lunch. Harold was a critical thinker who loved a good joke. His first stop every morning was the breakfast table with the paper, reading all current news, sports AND the comics. The garden was also a place of joy for him, growing vegetables that fed his family and friends. He gave all those in his family the best life and supported them in their dreams, celebrating in all their accomplishments. The epitome of a thrifty New Englander, he was often heard to say "Use it up, wear it out, make it do, or do without". He followed all types of sports, having been a high school basketball player and an avid golfer, but his favorite times were spent watching UCONN Women's Basketball, where he knew most of the stats of the players for the last few decades. In lieu of a formal service, Harold decided to further medical research by supporting the Anatomical Donation Program at UCONN Medical School
Published by Hartford Courant on Sep. 21, 2021.
To plant trees in memory, please visit the Sympathy Store.
MEMORIAL EVENTS
To offer your sympathy during this difficult time, you can now have memorial trees planted in a National Forest in memory of your loved one.
MAKE A DONATION
MEMORIES & CONDOLENCES
Sponsored by the family.
6 Entries
I never met Harold, but he must have been a wonderful man to have a son like my friend Duane. I´m so sorry to learn of Harold´s passing, and I know his loving family will miss him terribly.
Linda Bierrie
September 30, 2021
Duane and Family; keeping you in our thoughts and holding you in our hearts.
Cathy and Rob Durham
Other
September 21, 2021
I can't think of my childhood in Willington without recalling the Brown family. Duane and David were among my first friends as a child and Mr. and Mrs. Brown were always warm and welcoming. My thoughts and prayers are with you all.
Gail Braccidiferro MacDonald
September 21, 2021
My deepest and most sincere condolences to your entire family
Sylvie Murphy
September 21, 2021
Dear Brown family, Thoughts and prayers are with you during this difficult time. May all the trees stand taller and straighter in memory , and the small joys of nature bring you peace.
Beth Clark
September 21, 2021
Duane, Scott,Mrs.Brown and Family Our Thoughts and Prayers go out to you all. To Fond memories for a Life well lived. May Harold rest in Peace.
Frank Jarrabeck and The ESSENCE Family
Work
September 21, 2021
Showing 1 - 6 of 6 results