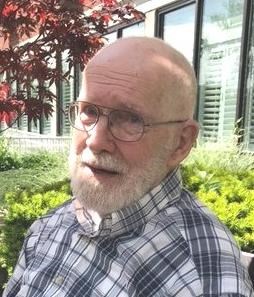 Herbert Olin Kelsey Jr. of 15 Woodland St. Hartford CT, died on December 10, 2017 peacefully, surrounded by his children. Born in Meriden, CT, on May 16, 1926 to the late Herbert O. Kelsey Sr. and Olive Arleen (Bemont) Kelsey, Herbert graduated from William H. Hall High school, West Hartford, CT in June of 1944. He served in the US Navy from 1944-1946. He married Jo-Ann Lynn, the love of his life on January 13, 1951. Sadly, she passed away suddenly after 26 years of marriage, in April of 1977. He is survived by their 5 children, Herbert O. Kelsey III and wife Robin, Lynn Kelsey and his wife Liz , Rebecca Kelsey, Faye Bond and husband Joseph, Carol Ann Kelsey-Smith and her husband Patrick Smith, And seven grandchildren, Michael and Jeffrey Roraback, Tiffany Parker Winn, Johanna and Jordan Bond, and Cayla and Erin Smith. He met his second love, Ellen Child Kelsey, at the Immanuel House in the fall of 1996 after returning to Hartford from England. They were happily married for 19 years until Ellen's passing in March of 2017. Herb Graduated from the University of Bridgeport with a BA, in June of 1958, and immediately started his Theological studies at Hartford Seminary, graduating with a Masters of Divinity in June of 1962. He was ordained on June 9, 1962 at the First Church of Hartland, CT. During his 50 years as an ordained minister he served in churches in Connecticut, New Hampshire, Massachusetts, Kauai, HI and Chingford, England where he retired. He moved back to the states in 1996 and remained active in the United Church of Christ as a visiting pastor to many local churches in Connecticut until 2001. He had many hobbies which kept him active, such as building model airplane, stamp and coin collecting, and spent many hours making puzzles and contemplating the origins of the universe. He will be missed by his family and many friends at Immanuel House. A memorial service and celebration of Herb's life will be held at 10 am on Wednesday, December 27, 2017 at Immanuel Congregational Church, 10 Woodland St, Hartford, CT. In lieu of flowers, donations may be made to Masonicare Home Health and Hospice, 22 Masonic Ave, Wallingford, CT 06492. Taylor & Modeen Funeral Home, West Hartford has care of arrangements. For online condolences, please visit www.taylorandmodeen.com.

Published by Hartford Courant on Dec. 17, 2017.
MEMORIAL EVENTS
Dec
27
Memorial service
10:00a.m.
Immanuel Congregational Church,
10 Woodland St, Hartford, CT
Funeral services provided by:
Taylor & Modeen Funeral Home
MAKE A DONATION
MEMORIES & CONDOLENCES
Sponsored by the family.
9 Entries
I was a pastoral colleague of Herb's when we both served congregations on the island of Kauai. I last talked with him by phone in February, 2016. Deepest sympathies to the family. I'd love to hear from Carol.
Rev. Richard C. Gordon
[email protected]
April 15, 2020
Our deepest condolences to your family over your loss.
Bud Bond
December 28, 2017
My heartfelt condolences to the Kelsey family. May happy memories comfort you during this time. Love you all. Barb Bond
December 17, 2017
Sincerest condolences to the Kelsey Family. Wishing you peace and comfort through this sad time.
Beverly Bond
December 17, 2017
My condolences to the Kelsey's family. I'm very sorry for your loss. May the God of all comfort be with you at this difficult time, and be comfort and strengthen by God'sWord in John 6:40
CW
December 17, 2017
You are not alone during this time of sorrow and pain. May God give your family strength and comfort to help you endure this loss. As you remember your beloved one, the God of peace give you comfort and peace in every way. May you find Strength from the love and care that surrounds you and comfort in the memories that you shared. Please accept my sincere condolences. 2 Thessalonians 2 15,16
December 14, 2017
Our Father who loves us gives comfort at times of sorrow to help you endure your loss. Please except my sincere condolences. 2Thessalians 16,17. C.Brown
December 14, 2017
So sorry to hear about the loss of your dear Herbert. My condolences to the family. Keep in mind the words at Psalms 29:11. God will give your family the strength needed to endure this time.
A. Thomas
December 14, 2017
My condolences for your loss. Wishing the family peace comfort and courage in this sad moments. May the God of consolation comfort you. please read the bible in Ps 9:9,10 Sincerely MJ
MJ
December 14, 2017
Showing 1 - 9 of 9 results