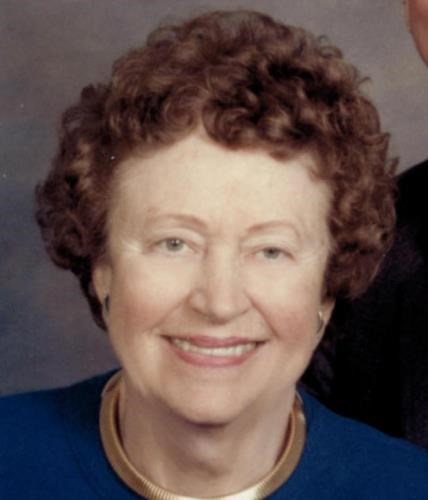 Jane F. "Penny" (Gumpright) Richter of Manchester, CT, died peacefully on September 29, 2017 at the age of 92. Penny was born November 8, 1924, in South Weymouth, Massachusetts. She attended Bates College in Lewiston, Maine, where she met Donald Richter, her freshman classmate and future husband of nearly 70 years until his passing in early 2016. At Bates, she majored in English and was deeply involved as an actor in the college theater. After graduating in 1946, she taught high school English and history in Mechanics Falls, Maine. Penny and Don moved to Manchester in 1952 and joined Center Congregational Church, where Penny served as Chairman of the Board of Education of the Sunday School. She continued to pursue her passion for the theater by joining Center Thespians, the predecessor of the Little Theatre of Manchester, of which she remained a founding member until her passing. She acted in many leading roles in Little Theatre productions during the 1950's and 1960's. Penny was also active in community services throughout her life. She served on the boards of the Manchester Scholarship Foundation, the Lutz Children's Museum, the Auxiliary of Child and Family Services, and she volunteered with the Meals-On-Wheels program for more than 10 years. She is survived by her children, Christopher D. Richter (and his wife Pamela) of Vienna, Austria, and Rehoboth Beach, Delaware, and Cynthia L Richter of Monroe, Connecticut. A memorial service will be held on Wednesday, October 4, 2017 at 11:00 a.m. at Center Congregational Church 11 Center St., Manchester. Burial will be private. There are no calling hours. Memorial donations may be made to the Little Theatre of Manchester and the Lutz Children's Museum. To sign the online register book, please go to www.holmes-watkinsfunerals.com

To plant trees in memory, please visit our Sympathy Store.
Published by Hartford Courant on Oct. 1, 2017.
MEMORIAL EVENTS
Oct
4
Memorial service
11:00a.m.
Center Congregational Church
11 Center St., Manchester, CT
Funeral services provided by:
Holmes Funeral Home - Manchester
MAKE A DONATION
MEMORIES & CONDOLENCES
Sponsored by the family.
4 Entries
To the Richter family I extend my sincere sympathy to you at this time. May you find the comfort you need to help you.
October 6, 2017
Cindy, We are so sorry about the passing of your mother. She was blessed to have a devoted daughter like you. In your sadness know that she is at peace, and she lives in your memories.
Pat and Rich Bragdon
October 5, 2017
Cindy,
Keeping you and your family in my prayers! Hold onto all the beautiful memories of your parents!
God bless,
Dan Pacholec
Dan Pacholec
October 1, 2017
A wonderful familyYour friends at Mulberry Street
Bob Sulick
October 1, 2017
Showing 1 - 4 of 4 results