Search by Name
Jeffrey David Barnett M.D.
FUNERAL HOME
Sheehan-Hilborn-Breen Funeral Home
1084 New Britain Avenue
West Hartford, CT
Jeffrey David Barnett, MD, 75, of West Hartford, died of brain cancer on May 22, 2021. He died peacefully in the home he'd bought 43 years before with his wife of 48 years, Dorien (Doey) Barnett, and their daughter, Sara Williams Barnett. He is survived by his brother Lawrence of Sonoma, California and sister Gina of New York City. Jeff was born to Norman Barnett and Florence Seidelman Barnett of New York on November 5th, 1945, and grew up in Scarsdale. Always an avid learner, Jeff graduated Phi Beta Kappa from Tufts University and Columbia University's College of Physicians and Surgeons as a member of the Alpha Omega Alpha Honor Medical Society. It was also at Columbia that Jeff met Doey, who was a student in the nursing school. Jeff completed his residency in internal medicine at Washington University's School of Medicine in St. Louis, Missouri, and practiced in Berkeley, California, where Sara was born in 1977. In 1978 the new family returned to the familiarity of the East coast. Jeff joined the faculty at The University of Connecticut Health Center, where he practiced until retirement. Jeff's happiness thrived among the flowers of his garden, in reading about science, politics, and the arts, tinkering with cars, and in listening to the classics from Beethoven to The Stones. Those who knew and loved Jeff will miss his great humor and enthusiasm for life. Online condolences may be made at www.SheehanHilbornBreen.com
Published by Hartford Courant on May 25, 2021.
To plant trees in memory, please visit the Sympathy Store.
MEMORIAL EVENTS
To offer your sympathy during this difficult time, you can now have memorial trees planted in a National Forest in memory of your loved one.
Funeral services provided by:
Sheehan-Hilborn-Breen Funeral Home
MAKE A DONATION
MEMORIES & CONDOLENCES
Sponsored by the family.
5 Entries
Dear Doey, I impulsively looked up my old friend Jeff online only to discover he had recently passed away. My heart goes out to you. He was one of my dear friends in elementary and high school. I hope his final months were not painful. Sincerely, Cliff
Cliff Kramon
School
August 5, 2021 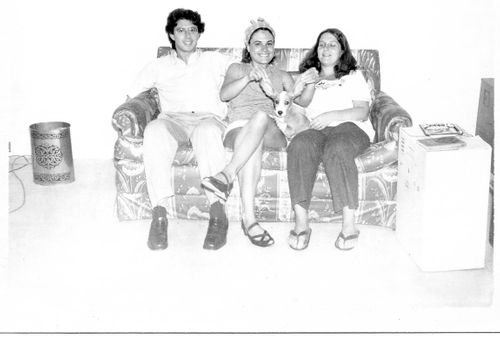 Here's to 1972 and happier times!
Hope they let you have an aquarium up there, Jeff.
Love
RMR
Rich
Friend
May 29, 2021
Dear Doey and family,
I am so sorry for your loss. I knew that Jeff was ill, and I just hope that he did not suffer terrible pain in his final days. I've thought of you many times in recent months, wishing you were back at the library meetings (still on zoom, by the way) and wondering how things were going for you. The loss of a spouse is one of life's toughest challenges. I hope that you feel supported by loved ones and friends during this difficult time of grief.
Sincerely,
Simone
Simone Vrabel le Coutre
Friend
May 28, 2021
On behalf of the staff at the West Hartford Public Library, please accept our sincere sympathies on the tremendous loss of a fine gentleman and distinguished physician. In support and friendship, Carol Waxman
Carol Waxman
May 25, 2021
May the love of friends and family carry you through your grief.
Jerry A. Benjamin
Friend
May 25, 2021
Showing 1 - 5 of 5 results