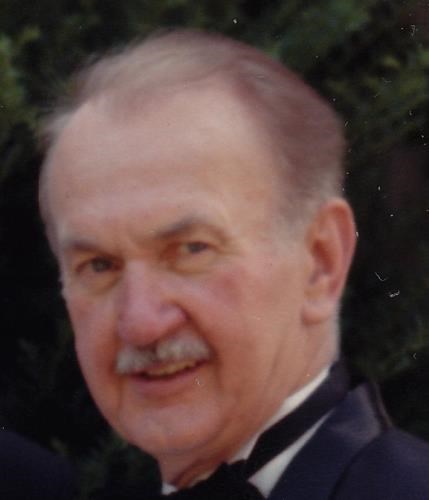 BORN
1926
DIED
2019
ABOUT
Bulkeley High School
FUNERAL HOME
Molloy Funeral Home
906 Farmington Avenue
West Hartford, CT
John J. Lawrence Jr., 92, of Wethersfield CT died peacefully on March 2, 2019 at St. Francis Hospital. John was born in Hartford, the son of John and Mary Gutt Lawrence on June 16, 1926. He is survived by his son John Lawrence III and daughter-in-law Janice, his son Daniel and daughter-in-law Beverly, his sister Betty Ann White, and dear friend and dance partner Helena Gorska. John also leaves his three beloved granddaughters Meredith, Marissa and Hunter. John was a graduate of St. Cyril's School and Bulkeley High School. Forgoing a Duke football scholarship John joined the Navy (Army Air Corps) at the age of 17 during WW II and served as a radio airman on the B-24 Liberator, the first aircraft to routinely cross the Atlantic. After serving his country he attended the University of Miami, graduating with a Civil Engineering degree. John had a courageous and determined spirit, traveling across the country and eventually working as a land surveyor in Alaska. Ultimately, he returned to the Hartford area and worked at the Metropolitan District of Hartford (MDC) as a civil engineer on numerous engineering and environmental projects. During his tenure he obtained his Professional Engineer and Registered Land Surveyor licenses. Later in life he returned to the MDC to serve as a commissioner. True to his spirit he became an entrepreneur and established a consulting engineering firm, which remained successful for over 50 years. He worked tirelessly through-out the years, expanding the footprint of the business to include land development until he retired at the age of 88. John was very active in the Polish Community. He was involved with the Polish National Alliance, the Polish University Club at CCSU, he was a shareholder of the Polish Home in Hartford, and he served as President of the Polish American Club. He was instrumental in the realization of the Pulaski Monument in Hartford, volunteering his time for the site engineering and fund raising. Later in life he took dance classes at the Ukrainian National Home in Hartford, he participated in ballroom dancing in Bridgeport, and he danced the Argentine Tango in New Haven. He was an avid fan of the UCONN women's basketball team. John would recite "How Do I Love Thee" by his favorite poet Elizabeth Barrett Browning. Calling hours will be held Friday, March 22, 2019 from 4-7 pm at Molloy Funeral Home. 906 Farmington Ave., West Hartford, CT. Mass will be held at SS Cyril and Methodius Church, 55 Charter Oak Avenue, Hartford, CT on Saturday March 23, 2019 at 9:30 am. Burial will follow in Mt. St. Benedict Cemetery, Bloomfield. In lieu of flowers memorial contributions may be made in his memory to SS Cyril and Methodius Church. Maple Hill Chapels /Talarski Funeral Home has care of arrangements, www.maplehillchapels-talarskifuneralhome.com