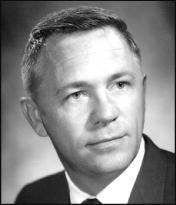 WILLOUGHBY, John Edward John Edward Willoughby, 75, a resident of Suffield for the past 40 years, died on Sunday, (January 24, 2010) at Heritage Hall, Agawam, MA. John was born in Bradford, PA, on June 4, 1934, the son of the late Kenneth and Dorothy (McBride) Willoughby. He leaves his wife of 53 years, Christine "Tina" (Vavalo) Willoughby. John served his country during the Korean Conflict with the U.S. Air Force. A 1960 graduate of St. Bonaventure with a degree in Business, he began his career as a Special Agent for the U.S. Government, working on various criminal investigations. He was later employed by the Dexter Corporation as the Assistant Treasurer, involved in Corporate Finance and Corporate Taxes. John was a Master Woodworker and an avid fly fisherman and enjoyed fishing with his good friend Phil Cafro. In addition to his beloved wife, Tina, he is survived by his daughter, Susan of Suffield, and his son, Michael of Parkton, NC. He is also survived by a brother, Dean Willoughby and his wife, Bobbie, two grandchildren, Ian Matthews of Atlanta, GA, and Hillary Matthews of Alabama, and several nieces and nephews. He was predeceased by six siblings. There are no visiting hours. A Memorial Graveside Service will be held in Smethport, PA, at St. Elizabeth Cemetery. John's family wishes to thank the nurses and staff at Heritage Hall for their kind and compassionate care. Nicholson & Carmon Funeral Home in Suffield has been entrusted with arrangements.
Published by Hartford Courant on Jan. 27, 2010.
To plant trees in memory, please visit the Sympathy Store.
MEMORIAL EVENTS
To offer your sympathy during this difficult time, you can now have memorial trees planted in a National Forest in memory of your loved one.
MAKE A DONATION
MEMORIES & CONDOLENCES
7 Entries
My Uncle John was quite a guy. He had the looks and charisma of JFK and had a total command financial accounting and corporate acquisitions. Just what it took to be a U.S. Treasury Special Agent. He taught me how to fly fish on the Farmington and the Connecticut rivers and was my inspiration to work in public service. One of my first recollections of Uncle John was when I was a small boy watching him cross the road from Vavalo's to my grandma Dorothy's house, wearing a London Fog trench coat looking quite sharp and commanding. I thought he was sooooooooo cool! Ever bit the Fed, he was once detailed to assist Secret Service presidential protection detail for JFK. I remember him telling he wasn't crazy about that; unfortunately, history proved his keen awareness of risk was not unfounded. The quote of his I’m most fond of is, “Never forget, there’s a little petty larceny in all of us.” I will miss you Uncle John and all your stories of the hilltop gang during our summer visits to Ellicottville, as well as escorting you and Dad to the Casino. I'm honored to have shared the same birthday of June 4th and to have known you. May God's loving comfort be with you Aunt Tini, Cousins Michael and Susie. Love, Little Dean
Dean Willoughby
February 5, 2010
To the Willoughby family, my deepest sympathy. My thoughts and prayers are with you in this difficult time.
Steve Zavisza
February 2, 2010
Susan,

I remember you in Suffield High School, class of 1975 and we were on the same bus whereas I lived on North Street also.

My sincere sympathy for the loss of your dad.

I am so sorry to hear about John's passing. He was a smart, kind and caring man. He made me laugh and I loved talking with him.

I always admired the love you had, you did everything together, and you took care of each other. He is one of the good guys

Tina , you are in my thoughts and prayers

I hope you remember me from Suffield, Callie Glass. I was friends with Michael through Drew Ashley and Sue through the Tabermans.

I recognized your father's name and picture immediately. I understand all the challenges you are facing right now as we lost my Dad a few weeks ago.

Please know you are in my thoughts at this difficult time. Does your mom still live on North St.?