JESKI, Josephine Mary Josephine Mary (Wojnar) Jeski, 82, of East Hartford, beloved wife of the late Stephen John Jeski, passed away on Saturday, (November 4, 2006) at Manchester Memorial Hospital. Born October 25, 1924 in Hartford, daughter of the late Joseph and Catherine (Bieszczad) Wojnar, she had lived in East Hartford for the past 53 years. She graduated from SS Cyril & Methodius School and Hartford Public High School. Josephine was an executive secretary at the Travelers Insurance Company, retiring after 19 years, where she had gone to work after her husband's death. She was a member of the Travelers Women's Club and Retirees Club. Josephine was a communicant of St. Christopher Church in East Hartford, a member of their Ladies Guild and widow and widowers club. She was also a member of the AARP and MCC-OAA. Josephine is survived by a daughter, Catherine and her husband Daniel Umanetz of East Hartford; a son, John Jeski and his wife Lorraine of West Hartford; four grandchildren, John and Stephen Umanetz of East Hartford, and Erica and Stephanie Jeski of West Hartford; and a sister-in-law, Elizabeth Wojnar of Rockville. Besides her husband Stephen, who passed away in 1970, she was predeceased by a brother, Theodore Wojnar. A Mass of Christian Burial will be held on Wednesday, Nov. 8, 11 a.m., at St. Christopher Church, 538 Brewer St., East Hartford. Burial will follow in Mt. St. Benedict Cemetery, Bloomfield. There are no calling hours. In lieu of flowers, donations may be made to the Juvenile Diabetes Foundation, 18 North Main St., West Hartford, CT 06107, or to the Manchester Memorial Hospital Hospice Program, 71 Haynes St., Manchester, CT 06040. Samsel & Carmon Funeral Home, South Windsor, has care of the arrangements. For on-line condolences, please visit www.carmonfuneralhome.com.

Published by Hartford Courant on Nov. 7, 2006.
To plant trees in memory, please visit the Sympathy Store.
MEMORIAL EVENTS
To offer your sympathy during this difficult time, you can now have memorial trees planted in a National Forest in memory of your loved one.
Funeral services provided by:
Samsel & Carmon Funeral Home
MAKE A DONATION
MEMORIES & CONDOLENCES
Sponsored by John Jeski & The Jeski Family.
19 Entries
My heart felt condolences in the loss of Aunt Josephine.
She is truly a saint.
I have many happy memories of your Mom.
Jo Ann Emrick
June 5, 2007
Dear Cathy and Dan, Steve and John and Family,

Our deepest sympathy and prayers are with you today. We pray that the memories you hold of your dear mother bring you much comfort. We feel blessed to have met your mother. We have warm and joyful memories of your mom and pray for eternal peace. God's love be with all of you.
Joanne and Joyce Rucci
November 28, 2006
To Dan and family,

My condolences on your loss I just found out about it today 11/25/06
Hope you are doing OK and retirement is treating you good.

Roger Kalafut P&W
Roger Kalafut
November 25, 2006
Dear John & Family-
Our deepest thoughts and prayers are with you at this time for your loss.

Please accept our deepest condolences the death of your mother. Our prayers are with you. God bless you and yours.
Tom and Bev Mroczka
November 19, 2006
Dear John and Family,
Our condolences, thoughts and prayers are with you and that of your Dear Mom.
I played one of your numbers on my polka show this past Sunday at WMUA and dedicated in her memory.
May she rest peacefully with the Lord.
Take care and God Bless!
Charlie & Helen Szubzda Curtin
Helen Szubzda
November 15, 2006
My thoughts and prayers are with your entire family during this very difficult time.
Nicole Demers
November 13, 2006
John and Lorraine,
I just heard of your Mom's passing tonight (FRI) ... I'm sorry I was not present for the services. Your mom was a wonderful woman and I pray that she will rest in peace.
Love always,
Irene
Irene Olszewski
November 11, 2006
In loving memory of Josephine M. Jeski.
Thank You to all for the thoughtfulness & kindness in all ways!
In addition to this Guest Book, which will remain on-line forever,
if you'd like to view our special
tribute page, please visit:
http://www.johnjeski.com/josephinemaryjeski.htm 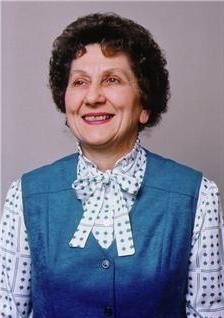 November 8, 2006
My deepest sympathy to all of Jo's family. We worked side by side for many years at The Travelers, shared a lot of laughs and fond memories. I am going to miss her. She was a wonderful, kind person. I missed her at our last Travelers Retiree's lunch in June. She is at peace now and out of all pain.
Mary Lou Prentice
November 7, 2006
John, it's been a long time. May your mother rest in peace. It seems like yesterday when they took you out of class to tell you about your dad at ECHS. Their together in peace. God bless you and your family.
Dave DePietro
November 7, 2006
John & family- My thoughts and prayers are with you my friend. Deepest sympathy from the staff at WXCT and all the GUYS.
Patti Ann Jakubiak
November 7, 2006
My condolences to you all on the passing of your Mom and Grandmother, Jo Jeski. I used to work with Jo at Travelers years ago and remember her as a sweet and gentle soul--a wonderful human being. It was a pleasure to know her and work with her. The photo you've included is exactly how I remember her--just amazing. Blessings to you all during this difficult time.
Marianne Alibozak
November 7, 2006
Our deepest sympathy and prayers go out to all of the family and friends of Mrs. Jeski. It is never easy to lose someone we love, but to know she is in God's Hands, Brian and I both pray will bring you peace and comfort during this difficult time.
Cathy & Brian Hartley
November 7, 2006
John and Lorraine My deepest sympathy for you both and all the members of the Jeski family during this very sad event.

frank smith
frank smith
November 7, 2006
To Catherine. John and Family,
You may remember my family, we were your neighbors for many years when we lived on Dorothy Road, The Newton Family. We are sorry to hear of your Mom's passing, we do remember her and your Dad. Now they are watching over your family as our Dad watches over us.

Kathy, Stephen, Donna and Everett Newton
Kathy Newton Knapp
November 7, 2006
John, Regina and I were so saddened to read of your mother's passing. She will be in our thoughts and prayers. Dr Rudewicz
Alex Rudewicz
November 7, 2006
Our sincere sympathies for your loss.
Samsel & Carmon Funeral Home
November 7, 2006
Showing 1 - 19 of 19 results