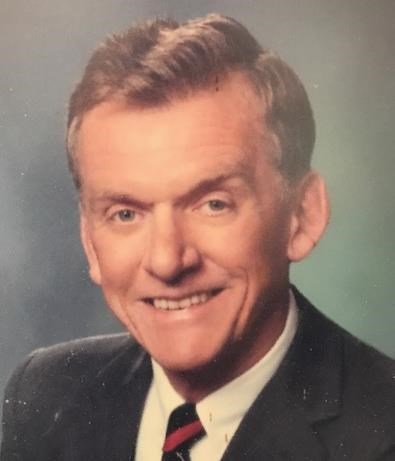 Orlo (Bill) Allen Powell Jr, D.Eng ,PE died Sunday April 16 at home after a brief bout with cancer at the age of 87. The longtime Wethersfield resident was a retired professor of mechanical engineering. He was predeceased by his parents, OA and Mildred (Marlow) Powell, and a sister Jenny Curry. He is survived by his wife , Dr. Nancy (Rolick) Powell, children Drs. Allen (Allison), John (Laura), and Mary (Tom); 8 grandchildren, and 5 nieces and nephews. Born into the great Depression in East Lansing MI, his family moved to Agawam MA, where Bill was raised, and where he was active in football, scouting, and hunting. He graduated from MIT in Mechanical Engineering, and began a career in the aerospace industry. However, his country called, and he proudly served in the Army's ballistic research laboratory in Aberdeen MD and White Sands NM. Following his discharge, he earned a Masters degree at UMass while working as an engineer. He then earned his doctorate in Mechanical Engineering at Yale University, where he met his wife, Nancy while she was in medical school. They moved to Wethersfield in 1962, and Bill began a long career in engineering education at Univ of Hartford, WNEC, UCONN, and CCSU. He became an expert in landfill design and refuse disposal, and was awarded a US patent for a gas pyrolysis refuse plant. For almost 50 years, he managed his family farm in Nebraska. He loved the outdoors and open fields. He developed a keen interest in felling trees, and "Beaver Bill" was never far from his trusty chainsaw and ropes, toppling trees for friends and family from Vermont to Nebraska to Florida. Bill was a strong believer in higher education, and proudest of his kids and the many young people he mentored through scouting, high school, college, and beyond. He believed in his community, and served on Wethersfield boards and commissions when asked. His counsel and vast experience will be missed, with many fond memories. Burial will be private. A picnic and celebration of Bill's life will be held Saturday May 13 from 11AM-3PM at the Pitkin Community Center 30 Greenfield Street in Wethersfield. In lieu of flowers, memorial donations may be made to "Troop 26 Boy Scouts" c/o LFD 213 Hamburg Road Lyme, CT 06371.

Published by Hartford Courant from May 3 to May 7, 2017.
To plant trees in memory, please visit the Sympathy Store.
MEMORIAL EVENTS
May
13
Celebration of Life
11:00a.m. - 3:00p.m.
Pitkin Community Center
30 Greenfield Street, Wethersfield, CT
MAKE A DONATION
MEMORIES & CONDOLENCES
Sponsored by the family.
3 Entries
Sad to findout about this. He was my Thermodynamics prof. We will miss him. God bless.
Carlos Colin
March 22, 2018
My Dad, Jack Williams, grew up with Mr. Powell in Agawam and considered him his life long friend. He is very saddened to hear of his passing and sends his condolences to his wife Nancy and the entire family.
I grew up hearing stories of my Dad and Bill as kids and teenagers in Agawam. My father always speaks so fondly of his parents and sister also. I believe he was best man at my parents wedding. I know my Dad will miss him terribly.
Elizabeth Williams-Alberts
August 23, 2017
I had Mr Powell as a professor at CCSU, and we had great discussions about everything. I miss those days after class. He was a great teacher.

My condolences to his family.