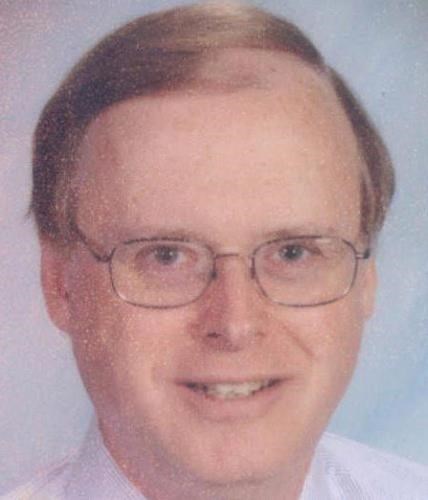 Rev. Paul Bomely, 61, passed away on Friday, August 5, 2016. He was born on October 13, 1954 in Hartford, Connecticut to Arline Colbert Bomely and the late Roland W. Bomely. Paul was a graduate from Windsor Locks High School in Connecticut where he was Valedictorian. His education then took him to Bates College where he graduated in 1972 with honors in Government, and also received a MBA from Western New England University. He also was a M. DIV. from Yale University School of Divinity in 1988. He was ordained in the United Church of Christ that same year. Paul worked at BayBank, Connecticut Mutual Life Insurance Company, and also Webster Bank. He served as an Interim Minister in Feeding Hills UCC, East Church Springfield UCC, and East Longmeadow UCC. He also pastored at Oxford CT UCC from 1988-1995. Paul also taught at CMS as a substitute teacher, and then as an English as a Second Language teacher at Vance High School and James Martin Middle School. He was also an English Language Arts Teacher in grades 11 and 12, also at Vance. Paul was an active member of Holy Covenant UCC, Charlotte Coin Club. Paul is survived by his loving wife of 40 years, Martha Brown Bomely; children Gretchen (Chris) Calder, Andrew (Brittany) Bomely; grandchildren Kierstyn and Kailin Bomely, Evan, Natasha and Alyssa Calder, Nicholas Sostenes and Lila Taormina; niece and three nephews and numerous cousins; mother Arline Bomely; sister Janice Stack (Ed); brother Gary (Terry) Bomely; aunts Marian Kulik and Frances Bomely; uncle Robert (Rose) Bomely. Visitation will take place on Sunday, August 7, 2016 from 7-9pm at McEwen Funeral Service, 5716 Monroe Road, Charlotte. Funeral service will be held on Monday, August 8, 2016 at Holy Covenant United Church of Christ, 3501 West W.T. Harris Blvd., Charlotte beginning at 1:00pm. Interment will follow at Sharon Memorial Park. In Lieu of flowers, donations can be made to Holy Covenant United Church of Christ. Please visit www.mcewenfs.com to leave online condolences.

I was shocked and greatly saddened to read of Paul's passing. I have wonderful memories of him in my fourth grade class - an excellent student and an exemplary young man!

I send my deepest sympathy to you and your family.

Much love,
Harriet (Mohn) Muska, Windsor Locks CT
August 14, 2016
Dear Martha,
I am sad to hear of Paul's death. I remember well our time together in Luxembourg, now 42 years ago. I wish you strength at this very difficult time.
John Rogers
August 12, 2016
Dear Martha,
As a Bates couple, I always believed you were a match made in heaven. May the strength of your love for Paul and God bring you through this next part of your life.
Yours in His name, Shari
Sharon Spencer Parsons
August 10, 2016
Martha, I am so very sad to hear of Paul's death. We had heard at reunion that he was not doing well. You have our heartfelt sympathy and prayers.
Gail (Virtue) and Pete Basiliere (Bates '76)
August 10, 2016
Dear Martha and family, please know you have my deepest sympathy. You are all in my prayers.
Jean Hord
August 9, 2016
Hearing about your loss has deeply saddened me, but I know that this is far from what you are going through right now. You are in my thoughts and prayers. Myheartfelt sympathy goes out to you and your family.
Lita Williams
August 7, 2016
Sending my condolences to the family. May God give you strength and peace during this difficult time. (Psalms 29:11)
August 7, 2016
Please know our prayers and thoughts are with you at this most difficult time.
Ed and Beth Kulik
August 6, 2016
Showing 1 - 8 of 8 results