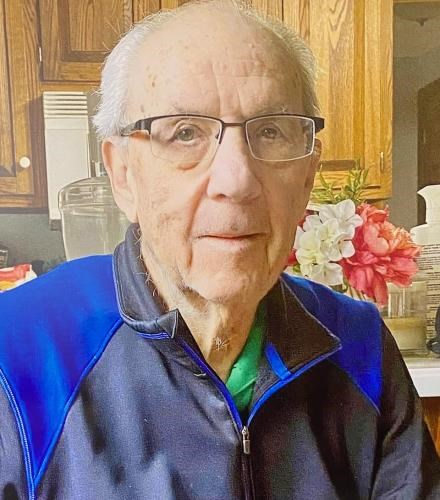 BORN
1937
DIED
2021
FUNERAL HOME
Vincent Funeral (SIMS)
880 Hopmeadow Street
Simsbury, CT
Ronald Henry Urban, 83, passed away unexpectedly and peacefully on Wednesday, February 3, 2021 at his Simsbury, Connecticut home in the loving arms of his daughter. He was not sick and woke up happy and energetic early that morning. In keeping with his character, he finished his cup of coffee before departing this life for a new one in Heaven. Ronald was born on December 26, 1937 in Chicago, Illinois to Clement Anthony Urban and Helen Veronica Lyznicki Urban. He grew up in Argo, Illinois and attended Saint Blaise Catholic grammar school and Argo High School. Ron was an outstanding student who also participated in the school newspaper, drama club, AV club, baseball team, football team, diving team and basketball team. Ron received an academic merit college scholarship. He graduated from the University of Illinois, Champaign majoring in Aerospace Engineering and Mathematics. He was a lifetime fan of the Fighting Illini, and a member of the Chi Phi fraternity. While attending the University, Ron met and married the woman of his dreams, Mary Ann Birch Urban, who was also a student at U of I. Ron and Mary Ann settled with their children in Tullahoma, Tennessee where Ron was employed by the Arnold Research Organization / NASA at the Arnold Air Force Base. In addition to other projects, he worked on Saturn V and the Apollo Program. He loved living in Tennessee and especially liked taking his family boating down the Tennessee River and in the lakes at Woods Reservoir on the Base. Later, the family moved to Huntsville, Alabama where Ron continued his work with the Apollo Program and NASA Space Flight Mission at Boeing. He worked on the mission to the moon with a team headed by Werner Von Braun. His name is included on the Moon Plaque. The Plaque includes names of people who participated in the mission and is inscribed: "Here men from the planet Earth first set foot upon the Moon July 1969, A.D. We came in peace for all mankind." No one from the family has ever seen it. Ron and the family moved to Simsbury, Connecticut in 1968. Ron worked for Pratt and Whitney, a division of United Technologies, as a Senior Aerospace Engineer for over 30 years. The whole family loved making Simsbury their home. Ron was very active in many volunteer capacities in town. He was a Midget Football Assistant coach, an assistant Boy Scout troop leader for Troop 76, President of the Simsbury Farms Men's Golf Club, and a Simsbury Farms Golf representative to the town's Recreation Council. He stayed active in golfing often playing with the Geritol league. We are all proud of him for his hole in one achieved on that course. Ron was an active member of Simsbury Light Opera Company (SLOCO) for over 40 years and chaired several committees including set building and prop design and was House Manager for many years. Our Dad was among the best of men. He was the type of man that could lead you into a hike in the woods and you never wondered if you would get lost. He always made sure we landed safely. He was a calm and thoughtful man who observed so much. He readily passed his wisdom and deep love onto his children and grandchildren and great grandchildren. He and our mother were a dynamic team, in love, and dedicated to each other and our family. Nothing was more important to him than his family. Everyone' birthday was celebrated, no matter how much we aged. He once said, "If you are a member of a family, you always have a place and you are loved." Ron took particular pleasure in his grandchildren and great grandchildren and delighted them with his unique sense of humor. His beloved wife of 60 years, Mary Ann Urban predeceased him in 2017. Now they are together again. Left to love him forever are his children Joleen Urban Benedict of Simsbury, Jon Urban and his wife Melissa Urban of Colorado, Cortney Sannizzaro and her husband Peter Sannizzaro of West Simsbury, his dear granddaughters Jessica Urban (Michael Balerio), Whitney Urban (Jed Greco), Lauren Sannizzaro and Abigail Sannizzaro, his beloved great grandchildren Madison Urban, Antonio Urban, Jackson Urban, Amelia Balerio, Bailey Balerio, Alexandria Greco, and twins Vincent and Perrin Greco; his adored sister, Dini Paul of Houston and her children Mark and Holly Ellingham, and Teri Ellingham also dearly love him. His God Son, Jeffrey Ellingham, predeceased him. Also left to love him is his brother Clement Urban of Chicago and niece Jody, as well as many dear cousins and good friends. Calling hours are at the Vincent Funeral Home, 880 Hopmeadow Street in Simsbury from 3:00 PM to 5:00 PM on Tuesday, February 9th a reception and life celebration immediately following at The Maple Tree in Simsbury. Both venues follow CDC guidelines. Masks are required. To honor his life, please donate to Simsbury Light Opera Company, PO Box 323, Simsbury, CT 06070. Please visit Ron's "Book of Memories" at www.vincentfuneralhome.com for online tributes.
Published by Hartford Courant on Feb. 7, 2021.
To plant trees in memory, please visit the Sympathy Store.
MEMORIAL EVENTS
Feb
9
Calling hours
3:00p.m. - 5:00p.m.
Vincent Funeral (SIMS)
880 Hopmeadow Street PO Box 335, Simsbury, CT
Feb
9
Celebration of Life
The Maple Tree
Simsbury, CT
Funeral services provided by:
Vincent Funeral (SIMS)
MAKE A DONATION
MEMORIES & CONDOLENCES
Sponsored by the family.
0 Entries
Be the first to post a memory or condolences.