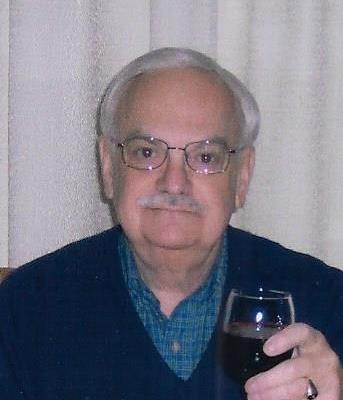 Dr. Russell J. Taylor, Jr. 81, of Southbury died July6, 2016 at the Lutheran Home after a long illness. Dr. Taylor was born in Rockville, CT on March 8, 1935, the son of the late Russell J. and Bertha D. Taylor. Dr. Taylor attended Rockville schools and graduated from Manchester High School in 1953. He received his B.S. degree in chemistry from Bates College in Lewiston, Maine in 1957, and his M.Sc. and Ph.D. degrees in biochemistry from Ohio State University in 1962 and 1964. Dr. Taylor was retired from Bayer Corporation, Pharmaceutical Division in West Haven, CT. since 1997, where he was Assistant Director of Professional Services and had worked for several years as Assistant Director of Clinical Research in the development of new drugs for use in high blood pressure and stroke. Prior to his work at Bayer, he was a Principal Scientist and Group Leader for 11 years at McNeil Pharmaceuticals, a division of Johnson & Johnson, in Fort Washington, PA. Earlier he had been a Research Biochemist at Lederle Laboratories in Pearl River, NY. And a Research Chemist at Parke-Davis Company in Detroit. One the merits of his research contributions Dr. Taylor was honored by election to membership in the American Society for Clinical Pharmacology and Therapeutics in 1984 and to the American Society for Pharmacology and Experimental Therapeutics in 1976. He was also a member of the Drug Information Association, the American Medical Writers Associations, and was a member of the American Chemical Society for over fifty years. For Several years he served on the Editorial Board of the International Drug Information Association Journal. During his career, Dr. Taylor published over 30 scientific publications and was the co-author of several pharmaceutical patents. Since retiring in 1997, Russ was active in condominium activities, and researched his family genealogy. He was interested in music from the 50's and 60's, and enjoyed word games such as Scrabble and crossword puzzles. Dr. Taylor is survived by his dear friend and partner Gordon T. Juhl of Southbury, his sisters and brothers-in-law Janet and Jim Benson of Hebron, CT., and Shirley and Paul Toomey of Bolton, CT. He is also survived by his niece and nephews and their spouses, Julie and David Clark of Vernon, CT., Jeffrey and Sawn Benson of Manchester, CT., and Steven and Anne Toomey of Bolton, CT.; as well as three grandnieces and two grand nephews, Ryan and Marissa Benson, and Eleanor, Clara and Sam Toomey. Funeral services will be held at Munson Lovetere Funeral Home, 235 Mains St., North, Southbury, CT., on Monday July 11, 2016 from 4:00 - 6:00 P.M. Burial will be at Grove Hill Cemetery in Rockville, CT., on Tuesday July 12, 2016 at 11:00 A.M. Memorial Contributions may be made to Bates College, 2 Andrews Rd., Lewiston, Maine 04240 to be used for scholarships to provide education for students needing financial assistance.