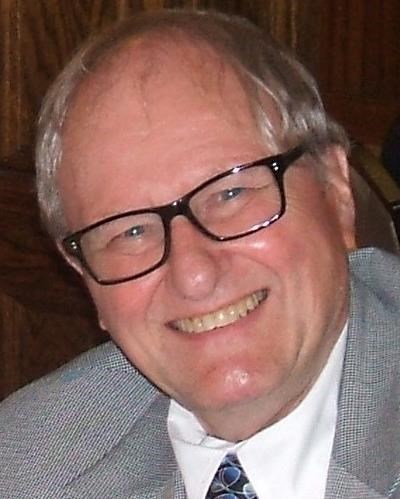 FUNERAL HOME
Urquhart-Murphy Funeral Home
800-812 Greenwich Avenue
Warwick, RI
83, of Warwick, passed away on Wednesday, September 22, 2021 at Kent Hospital. Born in Hartford, CT, he was the son of the late Frank and Mary (Dennis) Netcoh. He was the loving husband of Carol M. (Yuhas) Netcoh for fifty-seven years. Sam proudly served his country in the United States Air Force, and, upon completion of his military service, first worked as a Coca-Cola truck driver. In 1964, he began his career in sales as the RI Sales Representative for Duo-Fast Northeast. He went on to open his own business, Netcoh Sales Co., in Warwick in 1991. Collectively, his career in the fastener business spanned nearly sixty years. Sam's hard work and dedication extended into all aspects of his life. He was a devoted and caring husband, father, and grandfather. Since 1964, he had been a member of St. Francis of Assisi Parish in Warwick, where he served as an usher. Always eager to help others, he regularly donated to various charities and for decades had sponsored foster children through Plan International. Through his business, he supported the St. Francis Yearly Food Drive, Children's Wishes, and the Warwick FOP, and he was a sponsor of the Toll Gate High School Tribune. Additionally, in partnership with the RI Building Officials Association, Netcoh Sales was a generous supporter of the International Code Council High School Technical Training Program and donated to "Tools of the Trade" for the student participants, including many students from the Warwick Area Career and Technical Center. Sam enjoyed meeting the students and their parents when they visited Netcoh Sales to use their gift certificates to select tools to embark on their careers. In his free time in his early years, Sam was an avid bowler. In addition to his loving wife Carol, he is survived by his beloved daughters, Darlene M. Netcoh of Warwick, Deborah A. Carney (Gary) of Charlestown, and Cheryl A. Netcoh of Warwick; his grandson, Jake T. Carney of Charlestown; his brother, Robert Netcoh of Toney, Alabama; and many nieces and nephews. He was a brother of the late Joseph Chiasson; Nelson Chiasson, Sr. (Angela); Ronald Chiasson; Theodore Netcoh (Lorraine); and Andrew Netcoh, and uncle of the late Nelson Chiasson, Jr. His Funeral will be held on Tuesday, September 28, 2021, at 9:30AM from THE URQUHART-MURPHY FUNERAL HOME, 800 Greenwich Avenue, Warwick with a Mass of Christian Burial to be celebrated at 10AM at St. Gregory the Great Parish, 360 Cowesett Rd, Warwick. Interment with Military Honors will follow at St. Joseph Cemetery, West Greenwich. Visitation will be held on Monday, September 27, 2021 from 4PM-7PM. In lieu of flowers, gifts in his memory to AMVETS, 4647 Forbes Blvd. Lanham, MD 20706, or Paralyzed Veterans of America, 801 18th Street NW Washington, DC 20006, are greatly appreciated. www.murphyfuneralhomes.org

Published by Hartford Courant on Sep. 26, 2021.
To plant trees in memory, please visit the Sympathy Store.
MEMORIAL EVENTS
Sep
27
Visitation
4:00p.m. - 7:00p.m.
Urquhart-Murphy Funeral Home
800-812 Greenwich Avenue, Warwick, RI
Sep
28
Funeral
9:30a.m.
Urquhart-Murphy Funeral Home
800-812 Greenwich Avenue, Warwick, RI
Sep
28
Mass of Christian Burial
10:00a.m.
St. Gregory the Great Parish
360 Cowesett Rd, Warwick, RI
Funeral services provided by:
Urquhart-Murphy Funeral Home
MAKE A DONATION
Please consider a donation as requested by the family.
MEMORIES & CONDOLENCES
Sponsored by the family.
2 Entries
Although we cannot be there we are thinking of the family, especially our good friend Deb, and remembering lots of fond stories told by her about her Dad. Our condolences sent from Germany.
Ann and Bonnie
September 30, 2021
DEBBIE AND FAMILY; SAM WAS MORE THAN A MENTOR TO ME,HE WAS A VERY GOOD FRIEND OVER THE PAST 25 YEARS. KNOWLEDGEABLE AND SOFT SPOKEN AND A TRUE GENTLEMAN. I TRULY SHARE YOUR SENSE OF LOSS.
Sheldon Summer
Work
September 26, 2021
Showing 1 - 2 of 2 results