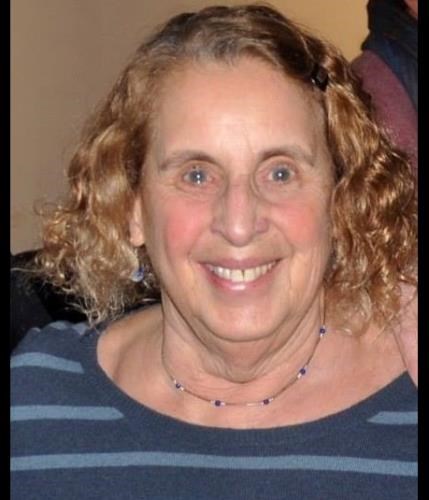 BORN
1939
DIED
2017
FUNERAL HOME
Potter Funeral Home
456 Jackson Street
Willimantic, CT
Terese Carol Aronoff Karmel of Storrs, CT passed away on December 26, 2017 of congestive heart failure. Terese was known as ""T.C."" to her friends and family throughout her life. T.C. was a prominent writer, journalist and educator in Connecticut for almost half a century. She was a reporter for the Hartford Courant, columnist and features editor for the Willimantic Chronicle. She also wrote for Connecticut magazine and covered the UConn women's basketball team for the Meriden Record-Journal. She is the author of Hoop Dreams: UConn Huskies Women's Basketball (2005). T.C. also wrote and published many articles and pieces about horse racing in national publications such as "Blood-Horse". T.C. was passionate about the many different activities and interests that characterized her extraordinary life.
T.C. was born in Washington D.C. on June 16, 1939. She grew up in Washington and eventually earned a B.A. in journalism from George Washington University. Later, she earned an M.A. in English Literature from the University of Connecticut. At George Washington, she served as a chief editor of the student newspaper, the GW Hatchet. T.C. started work as a reporter with the Hartford Courant covering local news out of the Mansfield bureau in the early 1970s. Soon she became a pioneering female sports reporter, covering Connecticut teams such as the Bristol Red Sox and Hartford Whalers. T.C. also taught English at Eastern Connecticut State University, sports reporting at UConn. She was also an adviser in UConn's journalism department.
T.C. was a lifelong baseball fan. She had enthusiasm for everything about baseball and took great pleasure in attending games, covering them, reading and writing about the sport. She was a big fan of the Washington Nationals and really enjoyed cheering for Teddy in the presidents' races at Nationals Park. T.C. also presented her literary work at the Major League Baseball Hall of Fame in Cooperstown, New York. She was a terrific fantasy baseball player.
T.C. also enjoyed thoroughbred horse racing, thoroughbred horses and especially the Saratoga racetrack, where she visited annually. She was also a partner in the thoroughbred stable ""The Write Stuff,"" along with fellow writers, and she often wrote about thoroughbred horses and the horse racing industry. She loved animals throughout her life, especially cats and horses.
T.C. was a loving daughter, mother, grandmother and sister. She is survived by her two children, Dr. James R. Karmel of Abingdon, Maryland and Dr. Allison Karmel Thomason of Clayton, Missouri and their spouses Lisa Archer Karmel and Todd Thomason. She is also survived by her brother, Martin J. Aronoff of Washington, D.C. In addition, she has left her energy, warmth, creativity and love to her four granddaughters or ""Gram's Girls:"" Caroline Thomason, Naomi Karmel, Jillian Thomason and Juliette Karmel.
The family will receive relatives and friends Tuesday, January 02, 2018 at Potter Funeral Home 456 Jackson St. (Rte. 195) Willimantic, CT from 1:30 pm to 2:30 pm with a Funeral Service starting at 2:30 pm also at the funeral home and burial to follow at Storrs Cemetery. For an online memorial guestbook please visit www.potterfuneralhome.com
In lieu of flowers, please place donations in Terese's name to: Old Friends at Cabin Creek, 483 Sand Hill Road Greenfield Center, NY 12833 https://oldfriendsatcabincreek.com/, or the Fidelco Guide Dog Foundation, Inc., 103 Vision Way, Bloomfield, CT 06002 http://www.fidelco.org/.
Published by Hartford Courant on Dec. 29, 2017.
To plant trees in memory, please visit the Sympathy Store.
MEMORIAL EVENTS
Jan
2
Visitation
1:30p.m. - 2:30p.m.
Potter Funeral Home
456 Jackson Street, Willimantic, CT
Jan
2
Funeral service
2:30p.m.
Potter Funeral Home
456 Jackson Street, Willimantic, CT
Funeral services provided by:
Potter Funeral Home
MAKE A DONATION
MEMORIES & CONDOLENCES
Sponsored by the family.
1 Entry
T. C. and I were very close growing up and in our early 20's before she moved to Connecticut. We shared a love of tennis and opera and would always catch up when we saw each other, which was not as often as I would have liked. We laughed a lot and enjoyed each other's humor and wit. I will miss her dearly.
Rest in Peach, dear T. C.