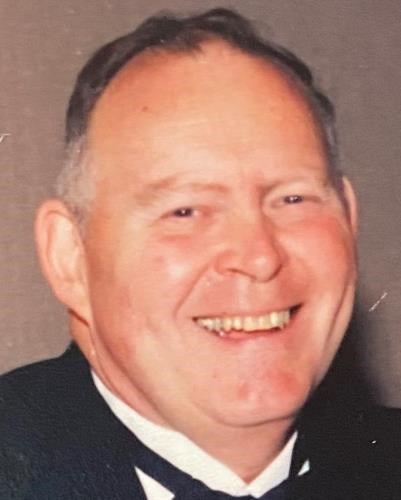 BORN
1937
DIED
2021
FUNERAL HOME
Molloy Funeral Home
906 Farmington Avenue
West Hartford, CT
Dr. Thomas Joseph Halligan Jr, 84, long time resident of West Hartford CT, passed away peacefully on Dec 31, 2021. He was born to Thomas "Tim" Halligan and Alice (Hanley) Halligan in Concord, NH on April 6, 1937. He is predeceased by his wife of 48 years, Julie Kelly Halligan. He is survived by his beloved and devoted sister Linda Skaggs, his five children and 11 grandchildren; Kelly and James Gerbo and their children Nicholas, Alexander, and Matthew; Kathleen and Michael Hanahoe and their children Caitlin, Erin and Ryan; Timothy and Karen Halligan and his daughter Sarah and their son Timothy Jr.; Thomas and Pamela Halligan and their child Kathryn; and Colleen and Jed McCarthy and their children Hallie and Justin. Tom grew up in Concord, NH and attended St John's High School where he was captain of the basketball team and class President. He attended the University of Notre Dame where he studied pre med and graduated in 1959. Notre Dame held a special place in his heart and he returned there often to attend football games and visit the Grotto to light candles and offer prayers. He graduated from the University of Vermont Larner College of Medicine in 1963. He spent 2 years in service to his country with the Air Force stationed at Stewart Air Force Base in Newburgh, NY. During his childhood Tom spent many happy summers at Camp Fatima in Gilmanton Iron Works, NH, first as a camper and later as a counselor. For many years he was the camp doctor during Exceptional Citizen's Week at Camp Fatima. He was introduced to his future bride on a blind date. Julie was a counselor at the sister camp- Camp Bernadette. All of their children and some grandchildren spent many enjoyable summers at both of these camps. Camp Fatima was Tom's happy place. He enjoyed nothing more than being out on Lake Suncook. One of Tom's passions was helping others. He was a General Surgeon at St. Francis Hospital for 40 years. He was beloved by his patients, the nurses and the many residents he trained. He was frequently in the hospital spending time with his patients at nights or during holidays. The back porch at 104 was where he spent much time relaxing, reading his daily stack of newspapers, watching Red Sox games and being available to listen and give advice to the many friends and family that visited. The family would like to offer their deepest gratitude to "LaLa" , his devoted caregiver. She cared for Tom with love and respect during his last year. Calling hours will be at Molloy Funeral Home at 906 Farmington Ave. in West Hartford on Sunday January 9 from 1- 4 pm. The Funeral Mass of Christian Burial will be held at 10 am at St. Thomas The Apostle Roman Catholic Church at 872 Farmington Ave. West Hartford on Monday. Burial will follow in Fairview Cemetery, West Hartford. There will be a Celebration of Life at Camp Fatima in the summer of 2022. In lieu of flowers the family asks that you consider making a donation to either Camp Fatima (https://fatimadonation.campbraingiving.com ) or Malta House of Care (https://maltahouseofcare.org ). Online remembrances and livestream link may be found at www.molloyfuneralhome.com

Published by Hartford Courant from Jan. 6 to Jan. 7, 2022.
To plant trees in memory, please visit the Sympathy Store.
MEMORIAL EVENTS
Jan
9
Calling hours
1:00p.m. - 4:00p.m.
Molloy Funeral Home
906 Farmington Avenue, West Hartford, CT
Jan
10
Funeral Mass
10:00a.m.
St. Thomas The Apostle Roman Catholic Church
872 Farmington Ave, West Hartford, CT
Funeral services provided by:
Molloy Funeral Home
MAKE A DONATION
MEMORIES & CONDOLENCES
Sponsored by the family.
1 Entry
Dr. Halligan operated on me in the early 90's. Very caring person with a great demeanor. He was do funny, he had everyone in the operating room cracking up with laughter with his jokes. So sorry to hear of his passing.
Mark C.
Other
January 6, 2022
Showing 1 - 1 of 1 results