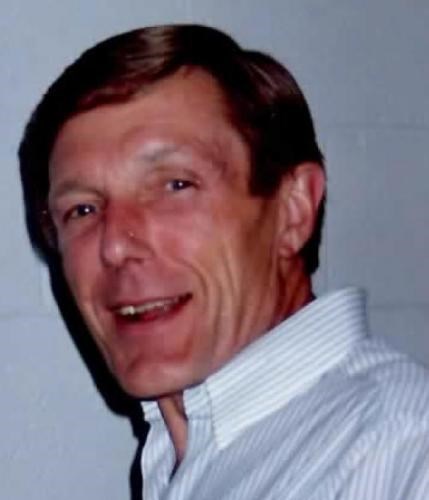 Thomas J. Jambeck, 78, of Storrs, retired and longtime University of Connecticut professor and director of Medieval Studies, died November 14, 2014. Born October 17, 1936, in Minneapolis, Minn., the son of Elmer J. and Valeria (Bischoff) Jambeck, he was proud of his Minnesota roots and his Finnish heritage. He earned his bachelor's degree from St. John's University and his master's degree from St. Cloud State College, both in Minnesota. He also served in the U.S. Army. Among Dr. Jambeck's many fellowships and honors was the Teaching Excellence Award in 1967 from the University of Colorado, where he was a graduate assistant and a teaching associate at the time. Passionate about medieval English literature particularly medieval drama, he earned his Doctor of Philosophy from the University of Colorado at Boulder in 1969. His dissertation, "The Elements of Grotesque Humor in the Passion Sequences of the English Medieval Cycle Drama" appeared the following year and has been widely cited. Dr. Jambeck was an associate professor of English and Medieval Studies at UConn since 1976. His published works include numerous articles, among them "Everyman and the Implications of Bernardine Humanism in the Character 'Knowledge' " and "The 'Day Star' Allusion in the Secunda Pastorum." He also co-authored two books, Grammar and the Strategies of Writing with David Sonstroem and Reading Old English: A Primer and First Reader with Robert Hasenfratz. In 1986, he was married to Kathy Shaughnessy, who predeceased him. He is survived by two sons, Mark David Jambeck of Storrs and Per Jambeck; and many relatives and friends. Calling hours are Thursday, November 20, 2014, from 6:00pm to 8:00pm, at Potter Funeral Home, 456 Jackson St. (RTE 195), Willimantic. A Funeral Mass will be held Friday, November 21, 2014, at 10:00am, at St. Thomas Aquinas Chapel in Storrs. Burial will follow in Storrs Cemetery. Flowers may be sent or donations may be made to the Alzheimer's Association or to cancer research. To sign the online memorial guest book, please visit www.potterfuneralhome.com

Published by Hartford Courant on Nov. 19, 2014.
To plant trees in memory, please visit the Sympathy Store.
MEMORIAL EVENTS
Nov
20
Calling hours
6:00p.m. - 8:00p.m.
Potter Funeral Home
456 Jackson Street, Willimantic, CT
Nov
21
Funeral Mass
10:00a.m.
St. Thomas Aquinas Chapel
Storrs, CT
Funeral services provided by:
Potter Funeral Home
MAKE A DONATION
Please consider a donation as requested by the family.
MEMORIES & CONDOLENCES
Sponsored by the family.
10 Entries
I had Mr. Jambeck as an English professor during my freshman year at UConn, 1971-1972. He taught Shakespeare, and made me fall in love with the Bard. What a wonderful teacher. He had SUCH passion for his craft. Thank you for what you taught me.
June 17, 2016
Thomas Jambeck was my eleventh grade English teacher at Edina Morningside High School in Edina, Minnesota, in 1964-1965. He was the greatest teacher I ever had. He truly inspired me to go on to a career teaching English at Dassel-Cokato High School for 40 years, a district roughly an hour west of the metro.
I emailed him either before my last year of teaching or the fall after.
I thanked him for being the driving force behind my career. He asked me to email him back and tell him what I taught. I never did, and I cannot tell you, considering I've thought about this the last couple months, how sorry I am. I only learned today from an Edina classmate of his death.
I mentioned in my email to him that my father taught at Minneapolis Roosevelt HS with his uncle Toivo, and he responded that it was Toivo who inspired him to go into teaching.
I hope that his sons are still checking this website, because I want you to know that he was the single force in dictating my entire life.
I am so saddened by his death, and I so wish that I could have thanked him and hugged him in his life. Please know that he did, indeed, make a difference, in student's lives.
I adored your father.
July 4, 2015
I am sorry to hear of Dr. Jambeck's passing. I had the opportunity to spend some time with him and his family on a lovely vacation in New England. He was a kind and thoughtful man. He is missed.
Naomi Hall
June 4, 2015
Dr. Jambeck generated tremendous enthusiasm for medieval literature in his classes when I was a student at UConn in the early 70s. He was instrumental in helping me get into the profession through his advice and guidance, for which I will be forever grateful. My condolences.
Donald Dickson
April 18, 2015
Tom Jambeck was my English teacher at Edina and a major influence. His scholastic enthusiasm was infectious. He made us write a term paper every month, but we learned to write. I am thankful for all the energy he devoted to us. He really was "iron Mountain".
Maria Hennessy
February 1, 2015
Rest in Peace , Tom
Classmate of Cathedral High School
Class of 1954
KATHLEEN Schwitalla(Neis)
January 3, 2015
Dear Per and Mark,
The last time I saw your dad was at his mother's 90th birthday party, in 2004, in St.Cloud, MN. I well remember growing up with him (we were first cousins), and what a nice man he was. I'm sorry I didn't know about his passing until yesterday. My sincerest condolences to you both.
Kathy Jambeck Baker
December 18, 2014
Tom Jambeck was one of the best professors I ever had and a wonderfuly kind man... He will be deeply missed... My deepest condolences to Mark David and the entire Jambeck family...
Nina Lomando-Grigoreas
November 21, 2014
I am so sad! Dr. J. helped me through a really hard time, using compassion and his ever-ready twinkle to stop the tears. He was a wonderful teacher and friend and I will miss him sorely. Mark David, though you and I never met, your dad I had had long conversations about our beautiful boys - he was so proud of you! With deepest condolences, Laura Shafe
Laura Shafer
November 20, 2014
Tom was a wonderful colleague and friend. He always maintained a sense of youthful excitement about literature and seemed to have the energy of a graduate student. I often joked with him about his youthful energy and his youthful appearance. I miss him.
Lee Jacobus
November 20, 2014
Showing 1 - 10 of 10 results