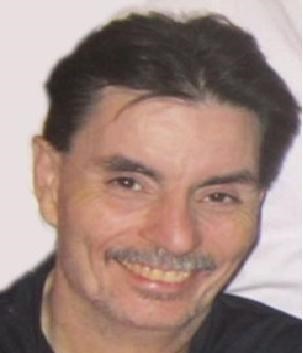 Willard Brian Capshaw, 53, died Saturday, December 5, 2015 at Manchester Memorial Hospital surrounded by his devoted family. Brian had demonstrated miraculous fortitude in the face of many serious medical challenges since being paralyzed in a car accident in September of 1994. Despite having convinced us all that he could overcome anything, recent complications sadly proved insurmountable. Brian was the third of four children born to Ann Brett Crowley Capshaw and Terry S. Capshaw. Growing up on Whitewood Road among many kids his age, friendships were formed that have endured to this day. Countless hours, frequently past dusk, were spent playing every outside sport or game you could imagine. Brian was a graduate of Newington High School Class of 1980, and Nichols College earning his degree in Accounting in 1984. He was on the high school tennis team and continued playing at Nichols College as captain of his team. Brian eventually earned a Master's Degree in Accounting in 1994 at Indiana University. Brian was transferred to Indiana with his job at Bentler Industries. He then worked for AM General for many years. In 2007, Brian's health complications required more daily care and assistance from family than could be provided in Indiana. He returned to Connecticut via medical transportation generously donated by AM General. He became a full-time resident of Haven HealthCare of East Hartford and, after regaining much of his strength and passion for life, devoted his energies to the cause of advocacy for nursing home residents. Brian was President of the Greensprings Health Care Center Resident Council, initiating a variety of programs to enhance the quality of life for his fellow residents. He served on the Executive Board of CT's Presidents of Resident Councils. Brian lobbied for and testified at legislative public hearings on a wide variety of issues related to improving nursing home care, including staffing, video monitoring, and the Personal Needs Allowance. Representative Cathy Abercrombie said that, for her "Brian is the face of all the residents." He was active with the National Consumer Voice for Quality Long-Term Care and for the past year has held the position of Chairperson of the National Leadership Council. Brian was the only nursing home resident invited to the President Obama's 2015 White House Conference on Aging. Brian was frequently interviewed by and quoted in the press. He was an inspiration to other residents and advocates, and to the Long-Term Care Ombudsman Program. Legislators knew him by his first name, respected his opinion, and looked to him for answers about life in a nursing home. Brian was a passionate and articulate voice for the residents of CT. He aimed high and made others do the same. Brian was also an avid sports fan, supporting Notre Dame, UConn and Indiana football and basketball. Influenced by his late brother Brad, Brian became an enthusiastic follower of both Formula I and NASCAR racing. His sports passion including an extraordinary collection of baseball cards. Brian was a Baltimore Orioles fan since childhood, embarrassing the rest of the family while dressed in Orioles gear at Fenway Park. He was very happy to have finally made it to a recent game at Camden Yards. He was also Dragonfire's #1 fan. Brian enjoyed playing poker and participated in the World Series of Poker in Las Vegas in 2007. He was a die-hard rock n' roller at heart who was always up for attending a live music event, especially the weekly summer concert series at Elizabeth Park and Evergreen Walk. Brian was a remarkable person. He had the perfect combination of personality traits to meet the daily challenges encountered by people with disabilities. He was doggedly determined, unphased by his physical limitations, stubborn, generous, and good-humored about life's challenges, a valuable lesson for all of us. Brian is survived by his mother and his father, his sister, Brett Capshaw and her husband Mark Statchen, his sister Laura Capshaw and her husband Russ Kramer, a brother, Sean, his step-mother Betty Ann Marsland, as well as his nieces and nephews, Michael Statchen, Madeleine, Ellery and Laine Capshaw, Jack Kramer, and Liam and Declan Capshaw. He was pre-deceased by his hero, Brother Brad. Brian also leaves many friends, especially his lifelong buddies Mark Bryant and Jeff Stewart. His funeral service will begin on Wednesday, Dec. 9, 2015, at 10:30 a.m. at the Newington Memorial Funeral Home, 20 Bonair Ave., Newington, followed by a Mass of Christian Burial celebrating Brian's life at 11:30 a.m. at the Church of the Holy Spirit, 183 Church St., Newington. He will be laid to rest in West Meadow Cemetery, Newington. Relatives and friends are invited to call on Tuesday, from 4-7 p.m. at Newington Memorial. Donations in his memory can be made to the Miami Project to Cure Paralysis PO Box 016960 (R48) Miami, FL 33101 or to The National Consumer Voice for Quality Long-Term Care 1001 Connecticut Ave NW, Suite 425 Washington DC 20036, theconsumervoice.org/donate-to-consumer-voice. To share a memory with his family, please visit us at www.newingtonmemorial.com.

My deepest hugs and love to you and your whole family. I only wish I had the honor to know Brian more than just Brett's Brother who supported dragon boating as much as he did, always at the races with his smile and great spirit. Rest in peace.
AnnaMaria & Joseph Forgetta
December 10, 2015
It was snowing lightly when I left Bayview in Waterford to go to the Legislative Office Building in Hartford to attend a meeting. It was several years ago and I had no cell phone at the time.
When we were almost there, I realized we were dealing with a formidable snow storm. When we arrived, we saw only one other vehicle parked near the curb of the LOB. Even though it was snowing hard, Brian came bounding out of his van into the snow to meet me and proceeded to tell me that the meeting we were both going to had been cancelled.
What a guy! Not many people would do that. We did talk for a few minutes in the snow before we got into our respective vehicles and headed home in the storm.
Brian was my dear friend and I will miss him very much.
Ronnie Martin
Executive Board Member
Waterford, CT
Ronnie Martin
December 9, 2015
Brian's family..the passion for advocacy no matter the condition of the body or mind was evident in Brian. His love for what is good and right in advocating for residents in LTC was an inspiration that will live on in others. Thank you Brian for staying the course.
Suan Tonarely
December 9, 2015
Dear Laura, Brett and all of Brian's Family, On behalf of the CT Long-Term Care Ombudsman Program I extend our heartfelt sympathy at this sad time. Please know how special Brian was for all of us. We honor Brian's work within the State and also nationally. It's not just his advocacy and insights about nursing home care and residents' rights, but just as much his wonderful personality, his humor and his strength that made him such an amazing person. We honored Brian as our "Rock Star" at the 2015 Voices Forum and he will forever be that Rock Star for us. He is a beacon to guide our future work and make us the best we can be for Connecticut's nursing home residents. We've lost him much too soon, but are very thankful he touched our lives.

My cousin Jim told me about your son's death, my condolences.

Would love to hear from you.

Bill Heyer
December 8, 2015
Cathy Murphy
December 7, 2015
Words cannot express how many of us advocates are grieved that Brian will not be leading us and helping us in our efforts. Brian's insights and wisdom and wit supported us more than he ever knew.

Sympathy to the family. God Bless. Alice Hedt
Alice Hedt
December 7, 2015
Goodbyes are not forever. Goodbyes are not the end. They simply mean I'll miss you until we meet again!
Rest well Brian you will be greatly missed!
Amber Hilyard
December 7, 2015
Brian was a ray of sunshine. What a great human being. I am so honored to have known Brian while working as a Regional Long Term Care Ombudsman for The State of CT. Many walk through this life without making an impact. In Brian's short life, he has had an impact on others that will be felt for years to come. Thank you, Brian, for all that you have done for others in need. May you rest lovingly in the arms of The Lord. Your friend,

Cristina MacGillis
December 7, 2015
Brian's passing has been a terrible and devastating shock. He was one of the strongest, most persistent, most reliable people I've ever met. He helped a lot of people and made a lot of people listen and he will be missed and remembered by many. My deepest condolences to his loving family and friends that knew him best and are hurting right now.
December 7, 2015
As one of Brett Caphshaw's friends from Boston College, we heard many amazing storeis about Brian, and very recently about his trip to the white house. So inspired by his life, so sad about his passing. A huge loss. Love to the Capshaw family, Ann and Dan
ann hayden
December 6, 2015
Last I saw Brian was at the White House in July! He was in fine form, very excited and grateful to be there. (I felt exactly the same.) We squeezed in the room where President Obama spoke about vulnerable older and disabled Americans, listening carefully. Brian was one of the met hopeful people I have ever met. I will remember his strength and strive to carry his ideas forward along with many others.
Anne Montgomery
Anne Montgomery
December 6, 2015
I am proud to have known Brian, but I would have loved to have more time to get to know him better. All of us associated with the National Citizens' Coalition for Nursing Home Reform/Consumer Voice will continue to benefit from all the wisdom and support that Brian has given the organization. It was a great honor to be with him at this last summer's White House Conference on Aging in D.C. Rest in peace, Brian. We will continue our advocacy work bolstered by your memory and continuing wize words.
Elma Holder
December 6, 2015
Dear Terry and Family: I am so sorry for your loss. May fond memories give you comfort. May Willard rest in peace.
Neil SULLIVAN
December 6, 2015
Dear Brett,