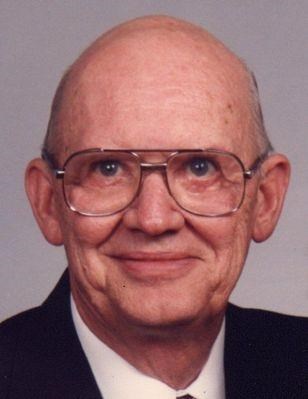 Visitation will begin at 11:00 AM Friday at Westminster Presbyterian Church.

Hugh was a WWII veteran, serving in the U.S. Army Air Corps as a C-47 and C-46 pilot with the Flying Tigers 2nd Combat Cargo Squadron in the Burma/China Campaign. He flew through the Himalayan Mountains or "The Hump" as it was called by the pilots and crews. He was awarded The Distinguished Flying Cross with one Oak Cluster and The Air Medal with two Oak Clusters. He continued to serve after the war as a member of the Mississippi Army National Guard flying fixed-wing aircraft and helicopters.

Hugh was a banker by profession, beginning with Perry County Bank in the 1950s. In 1962 he moved his family to Hattiesburg and began a long association with The First National Bank of Hattiesburg which, through a series of acquisitions and name changes, became BancorpSouth. Hugh retired in 1990 as a loan officer and Senior Vice President.

As a member of Westminster Presbyterian Church he served in various roles such as session member and trustee. A favored role was to serve as a Church Fryer on catfish dinner events.

Hugh was preceded in death by his parents, Hugh, Sr. And Jessie Garraway, New Augusta, MS; a daughter, Susan Victoria Garraway, Hattiesburg, MS; and many friends.

Memorials, in lieu of flowers, may be made to Westminster Presbyterian Church, Hattiesburg, MS.

To plant trees in memory, please visit our Sympathy Store.
Published by Hattiesburg American on Dec. 19, 2018.
MEMORIAL EVENTS
Dec
21
Visitation
11:00a.m. - 12:00p.m.
Westminster Presbyterian Church
, MS
Dec
21
Memorial service
12:00p.m.
Westminster Presbyterian Church Columbarium
, MS
Funeral services provided by:
Hulett-Winstead Funeral Home - Hattiesburg
MAKE A DONATION
MEMORIES & CONDOLENCES
Sponsored by Hulett-Winstead Funeral Home - Hattiesburg.
5 Entries
I was just thinking of all the Christmases we spent as children in New Augusta and then Hattiesburg with our wonderful friends, the Garraways, and their parents and their children. I told my husband I had not heard anything about Betty and Hugh all year long and decided to look at Hattiesburg American obituaries and was so surprised to see Hugh, Jr. listed. I can assure the Garraway family that Hot and Patsy Monroe were part of the welcoming committee in heaven waiting to see him along with many, many others. He was a wonderful man, kind, considerate and loyal and the world will miss him. Kiss Betty Blue for me and
Beth. We are saddened to hear this news.
Beckie Johnson
December 24, 2018
During my time at Provision Living really enjoyed getting to know Mr Hugh. Each day hoped we could ride somewhere. He was a real Gentleman. Thank U Mr. Hugh for many things and especially for your service to our country.
Steve Phillips
December 21, 2018
We thought a lot of Mr. Hugh. May he rest in peace. Our prayers are with you Mrs. Betty and Holt.

Randy and Mary Camp
Mary Camp
December 20, 2018
Our prayers and condolences to the family.
Carl and Nadine (Breland) Patterson
December 19, 2018
Hugh P. (Paw) has been like a father to me since our parents passed away in 1993-94. I've enjoyed many years visiting with them since then.
Claudia Thompson
December 19, 2018
Showing 1 - 5 of 5 results