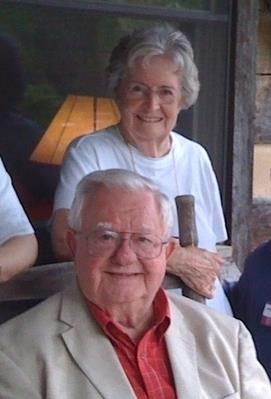 John Robert Tadlock, Sr., 93, of Hattiesburg, died Sunday, January 15, 2017 at the Mississippi State Veterans Home in Collins. He passed away peacefully with his three children by his side. He is survived by his children, Paula Jennings (Ralph) of New York City, John R. Tadlock, Jr. (Kathy) of Decatur, Al. and Toni Floyd (Steve) of Hattiesburg and two sisters, Christine Gaskin and Betty Daigre. He was a loving "GrandTad" to seven grandchildren: Alma Jennings, Matthew Jennings, Lawrence Tadlock, Maggie Tadlock, Forrest Floyd, Chase Floyd, and Ali Floyd. He was preceded in death by his wife, Joyce Pittman Tadlock, and his parents, Lawrence and Inez Tadlock.

Mr. Tadlock grew up on a farm in Scott County, in Homewood, Mississippi. He graduated in 1941 from Homewood High School and moved to Hattiesburg at the age of 18, where he began working for Kress Department Store in downtown Hattiesburg. The JC Penney manager noticed his hard work and hired him away from Kress, thus beginning a long career with JC Penney's. He joined the service in 1943, rising to Staff Sergeant and served in England and France during World War II. He returned after the war to Hattiesburg to JC Penney's, where he met the former Joyce Pittman while he was making a sale to her in the shoe department. They fell in love and were married in 1947. His hard work paid off as he would eventually become Manager of several JC Penney stores throughout the south, living in La Grange, Georgia, Rocky Mount, N.C., High Point, N.C., Martinsville, Virginia, and Concord, N.C. The Tadlocks returned to Hattiesburg in 1971 where he became involved in the city and business community. Mr. Tadlock was an insurance broker for Primerica and worked along with his wife in the real estate industry in their business, Joyce Tadlock Realtors, for over 40 years, until he retired at the age of 89. Mr. Tadlock was a member of Main Street United Methodist Church, and was active in the Hattiesburg community, serving as member and officer in numerous clubs and organizations, including the American Legion, Freemasons, Rotary Club, United Way, president of Mississippi Retail Merchants Association, and Sales and Marketing Executive International. Mr. Tadlock received many awards for his outstanding community service and promotion of Hattiesburg, including being named the Ambassador of The Year for the Hattiesburg Chamber of Commerce, Director for the Alpha Association, President's Silver Award for Achievement for Sales Marketing Executives, and was named a Paul Harris Fellow for The Rotary Foundation International. One of the highlights of his recent years was being chosen among World War II veterans to take the Honor Flight to Washington, D.C. to tour the war memorials.

The family requests that in lieu of flowers, memorial donations be made to the Alzheimer's Association of Mississippi or the Veteran's Outreach of MS, 15 Pritchett Dr., Collins, MS 39428.

Visitation will be Wednesday, January 18, 2017 from 12 p.m. until the service at 1:30 p.m. at Moore Funeral Home followed by burial in Highland Cemetery.

Published by Hattiesburg American on Jan. 18, 2017.
To plant trees in memory, please visit the Sympathy Store.
MEMORIAL EVENTS
Jan
18
Service
1:30p.m.
Moore Funeral Service - Hattiesburg
805 Hardy Street, Hattiesburg, MS
Jan
18
Burial
Highland Cemetery.
MS
Funeral services provided by:
Moore Funeral Service - Hattiesburg
MAKE A DONATION
Please consider a donation as requested by the family.
MEMORIES & CONDOLENCES
Sponsored by Moore Funeral Service - Hattiesburg.
4 Entries
Toni, I'm sorry to hear of John's passing. What a great man and friend. Always love our conversations about life and family. My prayers for your family.
J. R. Curry
January 18, 2017
Prayers are with your Family during this time. I know they have suffered a great loss, but Heaven is rejoicing. Thanks so much for your service during World War 2.
Also- many thanks for your tireless efforts and service to the Alpha Association here in Jackson. You will be missed my friend.
Mike Ward
January 18, 2017
Sending our love
Lowe's
January 17, 2017
Our thoughts and prayers are with you and your family during this time.