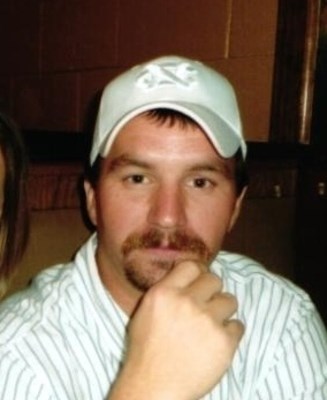 Mr. Garrard was a floor hand for Trinidad Drilling and attended Oak Hill Apostolic Church. He loved to hog hunt but his greatest joy was in spending time with his children and family.

He was preceded in death by his grandfather, M.C. Garrard and his mother-in-law, Kathy Burkhalter.

Published by Hattiesburg American on Jul. 2, 2013.
To plant trees in memory, please visit the Sympathy Store.
MEMORIAL EVENTS
To offer your sympathy during this difficult time, you can now have memorial trees planted in a National Forest in memory of your loved one.
Funeral services provided by:
Moore Funeral Service - Hattiesburg
MAKE A DONATION
MEMORIES & CONDOLENCES
10 Entries
We miss you dearly Mitchell we know you are looking down on sweet NIkki and the babies I will help look after them love ya bunches
Amy Alexander
July 8, 2013
praying for yall--love from the aycock family
July 4, 2013
Mitchell was a great father to my special nephews and niece and my baby sister loved him very much! He will be greatly missed. He has definitely made a big impact in so many lives! RIP, bro-in-law! We love you and miss you terribly already!
Jennifer Mohundro
July 2, 2013
Prayers going up for God to put his Loving Arms around this family and to see them through the tough days ahead.
I haven't known Mitchell but just a few short months, but this was a man that truly loved his wife, children, and family. I am truly grateful that I got the privilage to work with this man. You will be Greatly missed on Trinidad Rig 102!!
Brent Howard
July 2, 2013
Mitchell you will be forever loved and missed.
Nina Smith and family
July 2, 2013
We are so sorry for the loss of your husband, daddy, and son. May God wrap his arms around you during this time. We will be praying for you.

David and Kaye Farve
July 2, 2013
vickie & Justin Dial
July 2, 2013
I'm soooooooo sorry for your loss. I don't remember him but one of my sons went to school with him. I'm so so so sorry. I know the loss of a child and it's the worst pain a parent could ever go thru. My thoughts and prayers are with y'all today.
Delories Gilmore
July 2, 2013
I have not seen this young man in several years but being around him when he was growing up, He was a fine young man. God bless the family, friends that will truly miss him. May God comfort you and your sad hearts.
Barbara Foles
July 2, 2013
mitchell will greatly miss
July 1, 2013
Showing 1 - 10 of 10 results