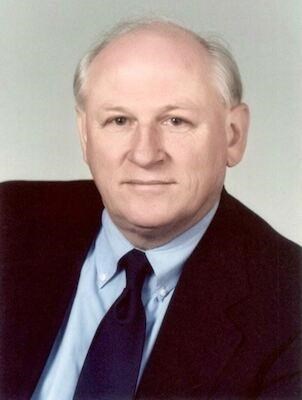 Spruill as husband, father, and grandfather and with his wife Dianne enjoyed life as a horseman and avid hunter. They named their farm Single Shoe Stables and developed friendships with others in the horse world, "horse people." Spruill's favorite place ever was his hunting camp in Redhill, where he enjoyed time with his hunting buddies and family.

Growing up in the cotton capital of the Mississippi Delta, he experienced the then-normal childhood and adolescent joys of hunting, fishing, horse-riding, and listening to music, both the blues and emerging rockabilly to rock-and-roll. He became a drummer, learned to dance in a make-shift blues hall, and grew into a young baseball player of note.

A natural-born storyteller and leader, he began public health work upon graduation from the University of Mississippi with a Bachelor of Arts degree in 1970. After just months as an environmentalist with Leflore County Health Department, he was promoted and transferred to the central office in Jackson to develop the EMS Program. He became the state's longest-serving EMS director as he conceptualized and authored the original EMS Plan for Mississippi.

Governor Kirk Fordice presented to him the Gubernatorial Commendation for 20 years of outstanding and innovative contributions to furthering the mission of public health in Mississippi, and for outstanding service in the field of public health he received the Outstanding Performance Certificate on behalf of the State Board of Health. He also received the 2000 Highway Safety Champion Award from Mississippi Association of Highway Safety Leaders.

Nationally, Spruill was on faculty for the National Highway Traffic Safety Administration's (NHTSA) Development of Trauma Systems curriculum; a member of the NHTSA program review of state EMS and highway safety programs, a consultant to NHTSA for emergency vehicle training programs; a member of the National Emergency Medical Services for Children Resource Alliance Board of Directors; and a consultant to the American College of Surgeons.

Spruill documented his work in emergency medical services (EMS) in his memoir, Raising The Star: Mississippi Milestones in EMS and A Few Related Stores, published in 2020. The book details his motivation for and records his five decades of EMS work, which solidly ensconced him in Mississippi health care history and affected the lives of thousands.

Just last year, in developing his www.wadespruill.com website, Spruill wrote that he could now fully focus on "the love most people have for the well-being of their fellow man." And as he approached his fiftieth year of public health service, he turned a lifetime of storytelling into a new career as writer and author of books for both children and adults.

Along with Raising The Star, Spruill confidently created the first in what he aimed to be a series of six books about their American Quarter Horse Archie, a son of Epic Titan and Dance With The King. He dedicated Archie's Tale: Life as I Saw It to his wife Dianne, "whose love for horses may be equaled but never exceeded!" In this latest chapter, Spruill had completed the manuscript and awaited illustrations to publish the second in Archie's series and also had begun the draft for a mystery novel he titled Camo.

Memorial services will be announced at a later time. Moore Funeral Service of Hattiesburg is in charge of arrangements.

Published by Hattiesburg American from Jan. 16 to Jan. 17, 2021.
To plant trees in memory, please visit the Sympathy Store.
MEMORIAL EVENTS
To offer your sympathy during this difficult time, you can now have memorial trees planted in a National Forest in memory of your loved one.
Funeral services provided by:
Moore Funeral Service - Hattiesburg
MAKE A DONATION
MEMORIES & CONDOLENCES
Sponsored by Moore Funeral Service - Hattiesburg.
3 Entries
Good neighbor and friendly.
Howard Hamilton
Neighbor
February 7, 2021
Wade was a Good Neighbor of mine in Brandon ,ms for many years,Just found out about Passing! So sorry and God Bless his Family.
George Barnhill
Friend
January 18, 2021
You were my first boss in MS, and one the reasons I moved here 36 years ago. While we haven´t talked or seen each other in years, we did reconnect via FB. For that, I am thankful. I learned many lessons from you that helped me in my career and in life. You were a great friend and mentor to so many. Your absence will leave a void that cannot be filled. Rest Easy my friend!
Joe Surkin
January 16, 2021
Showing 1 - 3 of 3 results