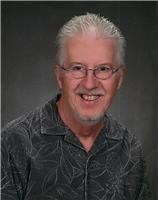 BORN
1943
DIED
2021
FUNERAL HOME
Mohave Memorial Lake Havasu Mortuary
2225 N Kiowa Blvd
Lake Havasu City, AZ
Eugene "Gene" Riesdorph, of Lake Havasu City, Arizona passed away July 7, 2021 at the age of 78. He was born February 26, 1943 in Erie, Pennsylvania to Ross and Isabel Riesdorph. He met the love of his life Linda and were married in North East, Pennsylvania in 1969. Together, they shared 52 years of marriage and were blessed with a son, a grand daughter and two great grandchildren. They lived in Erie, Pennsylvania and owned The Donut Shop before making Lake Havasu City their home in 1994 and owned La Fiesta Leisure Living Center. Gene enjoyed music, boating, and was an avid fan of the Cleveland Browns. He was a member of Mt. Olive Lutheran Church, Lake Havasu Elks Lodge, Fraternal Order of Eagles, and Loyal Order of Moose. He will be dearly missed by his wife Linda, son Benjamin (Ben); sister Gloria; granddaughter Kayla; great grandchildren Abigail and Ian; goddaughter Jennifer; nieces Hope, Holly and Heather; and nephews Adam, Donnie, and Allen. He is preceded in death by his parents, Ross and Isabel, and his brother Richard. Donations can be made in Eugene's name to Hospice of Havasu. A Celebration of Life will be announced at a later date.
Thoughts and condolences may be sent to Eugene's family www.mohavememorial.com. Arrangements were placed in the care of Desert Lawn Funeral Home.
Published by Today's News Herald from Jul. 18 to Jul. 19, 2021.
To plant trees in memory, please visit our Sympathy Store.
MEMORIAL EVENTS
To offer your sympathy during this difficult time, you can now have memorial trees planted in a National Forest in memory of your loved one.
Funeral services provided by:
Mohave Memorial Lake Havasu Mortuary
MAKE A DONATION
MEMORIES & CONDOLENCES
Sponsored by Mohave Memorial Lake Havasu Mortuary.
0 Entries
Be the first to post a memory or condolences.