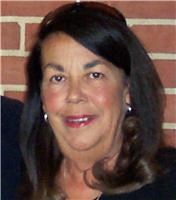 BORN
1945
DIED
2021
FUNERAL HOME
Lietz-Fraze Funeral Home - Lake Havasu
21 Riviera Boulevard
Lake Havasu City, AZ
Mary Catherine Gugert, 75, passed on August 08, 2021 in Lake Havasu with her children by her side. She was born to Robert Easton and Catherine (O'Hara) Easton in Compton, California on October 21, 1945.
She married Hank Gugert in 1968 and lived in Buena Park, Ca. before moving to Lake Havasu City, Arizona in 2004. Together they raised 2 children Brandy Hokuf (Ken Hokuf), Ted Gugert (Lisa Gugert). She is also survived by her 4 grandsons; Jackson and Logan Hokuf and Brock and Brody Gugert. Mary was an only child and preceded in death by her parents and beloved husband Hank Gugert in 2011.
Mary attended St. Pius X in Downey California, Long Beach City College and the University of Southern California.
Mary worked at Phone Company briefly before becoming a housewife and supermom. She was passionate about supporting her kids in sports, USC football, the Dodgers, the Yankees but mostly her grandchildren. She enjoyed her roles as team mom; Little league Player Agent, Kennedy High School booster. She also volunteered at the VFW as a member of the Women's Auxilary of Lake Havasu in Arizona where she made many friends. She is now reunited with the love of her life for eternity. She will be greatly missed.
Arrangements were placed in the care of Lietz-Fraze Funeral Home and Crematory.
Thoughts and condolences may be submitted to the family at www.lietz-frazefuneralhome.com
To send a FREE card to the family go to www.sendoutcards/lietzfraze
Published by Today's News Herald from Sep. 25 to Sep. 26, 2021.
To plant trees in memory, please visit the Sympathy Store.
MEMORIAL EVENTS
To offer your sympathy during this difficult time, you can now have memorial trees planted in a National Forest in memory of your loved one.
Funeral services provided by:
Lietz-Fraze Funeral Home - Lake Havasu
MAKE A DONATION
MEMORIES & CONDOLENCES
Sponsored by Lietz-Fraze Funeral Home - Lake Havasu.
0 Entries
Be the first to post a memory or condolences.