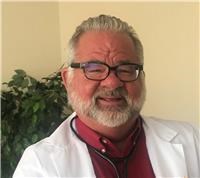 BORN
1956
DIED
2021
FUNERAL HOME
Lietz-Fraze Funeral Home - Lake Havasu
21 Riviera Boulevard
Lake Havasu City, AZ
Dr. Thomas J. Powers was called to be with his Lord and Savior on Sept.15, 2021. He was born in Upland, California on March 25, 1956 to Dr. and Mrs. Joseph A. Powers.
Dr. Powers graduated from Alta Loma High School in 1974 and attended Colorado Mountain College in Glenwood Springs, Colorado where he met his wife of 44 years, Denise R. Powers. He received his bachelor's degree from Adams State University in Alamosa, Colorado and medical degree from St. George's University in Grenada. Dr. Powers attended the University of Wisconsin for residency and in his third year became the chief resident. He relocated to Lake Havasu City, Arizona in 1989 to start his own family practice. He also served at Beacon of Hope Hospice as Medical Director. In his free time he enjoyed boating, skiing, traveling, sporting events, concerts, and spending time with his wife and family.
He is survived by his loving wife, Denise R. Powers; his mother, Geraldine Powers of Rancho Cucamonga, California; his three daughters Kristina (Rudy) Strom of Falls Church, VA, Katie (John) Burgmeier of Mesa, and Kimberly (Nick Lopez) Powers of Studio City, California; his grandchild Natalie Strom and one on the way; his 3 brothers Scott (Debby) Powers, Greg (Patty) Powers, Michael (Anna) Powers of Rancho Cucamonga, California; and many nieces and nephews. He is preceded in death by his father Dr. Joseph A. Powers.
A community service will be held at the Community Center (Aquatic Center) on Sunday, Oct. 17 at 2 p.m. in the afternoon.
Arrangements were placed in the care of Lietz-Fraze Funeral Home and Crematory. In lieu of flowers, the family asks that contributions be sent to Beacon of Hope Hospice (www.bohhospice.org) or Feed My Starving Children (www.fmsc.org). Thoughts and condolences may be submitted to the family at www.lietz-frazefuneralhome.com

Published by Today's News Herald from Sep. 25 to Sep. 26, 2021.
To plant trees in memory, please visit the Sympathy Store.
MEMORIAL EVENTS
Oct
17
Service
2:00p.m.
Community Center (Aquatic Center)
AZ
Funeral services provided by:
Lietz-Fraze Funeral Home - Lake Havasu
MAKE A DONATION
MEMORIES & CONDOLENCES
Sponsored by Lietz-Fraze Funeral Home - Lake Havasu.
6 Entries
You were my Physician here in Havasu and you were my favorite Dr that I've ever had! I will miss the warm and caring conversations we had. You took so much time at appointments to explain everything so well! You helped me through a lot! I will miss your sense of humor too. RIP
Cynthia (Cindy) Bradley
October 17, 2021
Godspeed, Dr. Powers! Thank you for your care and sense of humor. You are a #1 in million person.
Amelia Altman
October 12, 2021
My most heartfelt sympathies go out to you Denise and your beautiful girls. I know how much Tom adored you and doted over your daughters; he was so proud of them and loved you all so much. The words that come to mind when I think about Tom are kind, gentle, true, funny, generous, warm and loving. I will miss his ribbing, his counsel, and his wonderful friendship. May his memory be a blessing and always bring a smile to your hearts. With love. Chuck Dushman PS I hope he finally got those Apple hearing aids!
Chuck Dushman
Friend
October 1, 2021
Dr. Powers was my primary care physician since 1989 when we moved to town and he first started his practice here. He was a wonderful doctor and friend. In addition to being truly caring and compassionate, his drive to continue his education and bring the latest developments in medicine and whole-body care into his practice was something that I admired about him. Our sincerest condolences to Denise, his entire family, and his wonderful staff.
Katie Henderson
October 1, 2021
Prayers for the family. I will certainly miss doctor Powers who was such an easy person to talk to and joke with, he treated me well. Heaven has received another angel
Teresa Denney
Other
September 30, 2021
Our sympathies to Dr Powers family, friends and colleagues. We were patients of his and he was a very nice man and a doctor with a good heart. RIP
Debbie Williams
Other
September 28, 2021
Showing 1 - 6 of 6 results