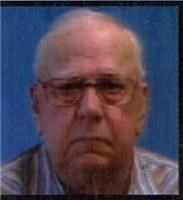 BORN
1939
DIED
2021
Wayne Theodore Peterson was born on May 11, 1939, in Wilmar, Minnesota to parents, Lawrence and Nancy (Olson) Peterson. After a lengthy battle with cancer. Wayne passed on June 24, 2021, in Lake Havasu City, Arizona leaving behind his wife of 35 years, Linda (Thornton) Peterson.
Wayne was originally from Minnesota where he worked in road construction for 30 years. He enjoyed fishing and deer hunting while he lived there. Wayne and Linda moved to Lake Havasu City, Arizona, 15 years ago where they lived at Crazy Horse RV Park for 9 years before moving into town 6 years ago. Wayne enjoyed playing shuffleboard at the RV park as well as the social life it provided.
Wayne is survived by his wife, Linda, son, Rob Peterson, daughters Rhonda Eckerdt and Renee Anderson, as well as 7 grandchildren. He is also survived by his brothers, Donald, Stanley, and Mark. He is preceded in death by his parents, Lawrence and Nancy Peterson, and his son, Randy Peterson.
Per family request, no services are scheduled.
Arrangements cared for by Bradbury Memorial Center, in Lake Havasu City. Your thoughts and condolences can be left for the family and friends at BradburyMemorialCenter.com
Published by Today's News Herald from Jul. 3 to Jul. 4, 2021.
To plant trees in memory, please visit our Sympathy Store.
MEMORIAL EVENTS
To offer your sympathy during this difficult time, you can now have memorial trees planted in a National Forest in memory of your loved one.
MAKE A DONATION
MEMORIES & CONDOLENCES
1 Entry
Our deepest sympathy to Wayne´s family and his brothers-Donald, Stanley and Mark families too!
Larry R. And Pat Hanson
Work
July 6, 2021
Showing 1 - 1 of 1 results