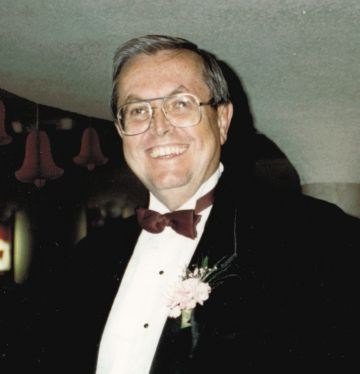 Benjamin Franklin Johns passed away from complications due to COVID 19 on January 14, 2021.

Ben was born to Benjamin Sink Johns and Frankie Miller Johns on June 9, 1936 in Lewistown, Montana. He was raised in Two Dot and Harlowton, Montana. He graduated from high school in Harlowton and then went onto Rocky Mountain College, earning a degree in Business Administration. Following earning his degree he enrolled in the United States Army. After being honorably discharged Ben moved to Helena to begin his employment with the IRS. It was during that time that he met Judy Rennie and they were married in White Sulphur Springs on April 12, 1963. Ben then went on to be the Budget Director for the State of Montana. After his time as State Budget Director he became Deputy Director of Social and Rehabilitation Services. Following retirement he worked part time at MHESAC.

Ben enjoyed photography and for years put out a yearly calendar to family and friends. He loved spending time in Yellowstone and traveling around taking pictures. He always had a good story and most of them were about Harlowton. Ben had a great sense of humor and loved to tell jokes. Ben loved spending time with family and was very dedicated to his grandchildren and great grandchildren who called him "Popeye". He also had many wonderful friends that he spent time with.

Cremation has taken place and due to COVID 19 there are no services planned at this time. There will be a memorial picnic at a later date. Memorial donations in Ben's name can be made to The Friendship Center at 1430 Sanders, Helena, MT 59601; or Lewis and Clark Humane Society, PO Box 4455, Helena, MT 59604, or to the charity of the donor's choice. Local arrangements have been entrusted to Big Sky Cremation & Twitchell Funeral Services.

To plant trees in memory, please visit our Sympathy Store.
Published by Helena Independent Record on Jan. 17, 2021.
MEMORIAL EVENTS
No memorial events are currently scheduled.
To offer your sympathy during this difficult time, you can now have memorial trees planted in a National Forest in memory of your loved one.
Funeral services provided by:
Big Sky Cremations & Funeral Service
GUEST BOOK
1 Entry
I met Ben when he was deputy director at DPHHS (SRS in those days) and I was a new budget analyst working for the legislature. Ben was knowledgeable, honest and always willing to spend the time to help me understand issues. I could not have done my job well without the advise and consultation he freely gave. I have always had respect for Ben, he is a rare individual.
Curtis Nichols
January 18, 2021