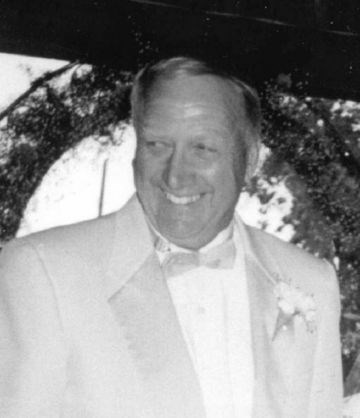 George John Byrd was born May 8, 1928, in Great Falls Mt to John Byrd and Ruth Mongar Byrd. His life was influenced by the Great Depression and the family moved frequently during his early years. He attended many schools including Hall and York. He mastered his lifetime skill of welding while attending Helena Vo Tech and later attended Montana State. George was a longtime Granite County resident he also lived in York and the Helena Valley. He was loved and admired by many people throughout the state including many lifelong friends. In death, he was the last of the Three Musketeers, with Les Lyle and Wes Synness of Helena, Montana; man are they raising hell now!

George Byrd loved all woman beginning with his mother whom he adored and worshipped. He was a sharp dresser and was insistent that he live his life, his way, in a large way. Mr. Byrd was both a dreamer and a doer living a very accomplished life. Everyday spent with George was a learning adventure. He had many qualities that we all strive towards; he worked hard and played harder, and as a perpetual child he loved playing practical jokes on family members as well as coworkers. He was well-read, very intelligent and above all spiritual. George was a great humanitarian and was charitable to a fault, he believed deeply in the support of the people and small businesses in Granite County. George established the VFW Post 8292 in Maxville, MT, he served in all positions and was serving most recently as the Post Chaplain. He also started and sponsored the Philipsburg FCVD Kiddies Parade for 24 years. As George pursued his dreams he lived like a nomad; his many jobs took him all over the Western United States. In his early years he worked as a paperboy, taxi driver, firefighter, and then a welder/shipbuilder on the West Coast. He joined the Oregon National Guard, then was employed by the National Park Service and then as a logger and a sawyer. George joined the US Army and was a disabled WWII vet. He parlayed his skills into an apprenticeship as an iron worker and then found his dream job as a boilermaker; a career in which he became known as The Legend. George owned several sawmills and built several houses in which he lived. In addition, he innovated the idea of tiny houses (skid shacks) of which he sold many. His legacy structures are his home cabin on Boulder Creek and Scolley (a faux 1880ish ghost town) located in Maxville, MT.

George Byrd, 93, of Maxville, MT, died on Monday, October 11, 2021, at his residence in Maxville. Funeral Services will be on Saturday, October 23, 2021, at noon at the Granite County Museum in Philipsburg. Following the services in Philipsburg, Military Honors will be held at the Maxville V.F.W. Post in Maxville at 1:30 PM by the Maxville V.F.W. Post and the Montana Army Honor Guard. Following the Military Honors there will be a potluck gathering at the V.F.W. Burial will be at 2:00 PM on Sunday, October 24th, 2021, at the Mayn Cemetery at White Sulphur.

Longfellow Finnegan Riddle Funeral & Cremation Service is entrusted with George's funeral arrangements. You may pay your condolences at www.longfellowfinneganriddle.com.