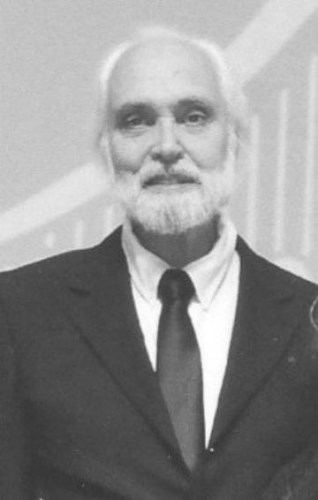 On October 3, 2021 in Suffolk, Virginia, Gregory James Hoffer, with his wife of 35 years by his side, left this world to be with Jesus after a hard-fought battle with cancer. Greg the son of Ted Hoffer and Eva Gillespie was born December 3, 1950 in Coville, WA.

After growing up in Helena, Montana and graduating from Helena High, Greg served in the US Navy until discharge in 1971. After working many years as a carpenter and millwright, at the age of 53, Greg graduated with honors from Montana Tech with a Bachelor degree in Mechanical Engineer. In 2005 Greg secured employment at Norfolk Naval Shipyard, and relocated to Suffolk, Virginia. In 2016 Greg retired allowing him the time to enjoy the many outdoor activities he so loved such as hiking, hunting, and backpacking just to name few.

A very important aspect of Greg's life was his love and dedication to God. June 21, 1984, he received Christ into his heart and was baptized into the United Pentecostal Church. Later he became a member and deacon of Zion Community Church in Suffolk, Virginia. He was not a perfect man, but strived to be truly good with a genuine love in his heart for others.

Greg was the King of Dad jokes and puns. Rarely did he lack a quick quip and find humor in everything. Even when he told his children about his third bout with cancer, he broke the news with a humor that made it easier to bear. Oh, to hear him tell a joke and hear his beautiful laugh now! His memory will be cherished by those he left behind. We love you forever and ever.

Services will be held Monday, October 18th at 2:00 p.m., at the Montana State Veterans Cemetery, Fort Harrison. Due to COVID, there will be no reception. Please visit www.aswfuneralhome.com to offer a condolence to the family or to share a memory of Greg.