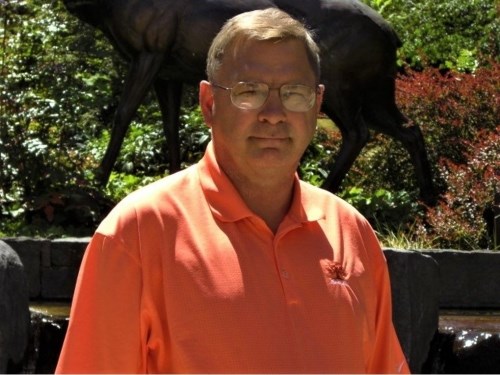 Jack Chester Hamlin arrived in his heavenly home on September 30, 2021. His family by his side.

Jack was born in Helena, Montana on November 26, 1950, to Harold and Marjorie (Pigman) Hamlin. He was the youngest of 4 children.

Jack attended Boulder Grade School and Jefferson High School where he graduated in 1970. He briefly attended the College of Great Falls on a basketball scholarship. Throughout his life, he thoroughly enjoyed coaching basketball and mentoring youth.

Jack lived life exuberantly, cared deeply for his family, his many friends, and his dogs. He was a very open and real person; a generous man with all he had. His wife, children, grandchildren, and great-grandchildren were the joy of this 'Papa's' life. He relished every sport they were involved in-motocross, volleyball, gymnastics, swimming, and actively participated with them.

Jack started in the construction trade as a young teenager and continued through the years. For the last 26 years, he has thrived running his real estate and house building business. The relationships he made in business were a highlight to him since he loved being around other people. Jack was a hard worker and enjoyed working up until the time of his death. He was part of Helena First Assembly for 47 years where he first discovered that God loved him.