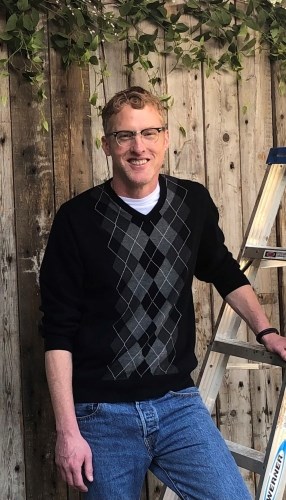 Sadly, Jacob Massman was suddenly taken from his family and friends by a hemorrhagic stroke on June 15, 2021. This tragic event was foreshadowed by Jake's constant struggle with his own health issues and the sudden loss of his wife 10 years earlier. Jake was no stranger to hospitals. At the age of 5 he was hospitalized for type 1 diabetes. He lived the rest of his life acutely aware of the tenuous hold he had on life and those he loved.

His earliest years were spent surrounded by adults espousing their philosophy. His father, George, hosted these nightly events arguing vehemently with anyone who thought differently. As Jake grew up, he became a master of debate with anyone who would take the bait.

Jake was the ultimate protective brother, but when the mood struck, he loved to torment his little sister, Natasha. Though a big brother to one, he was a bonus brother to all his cousins friends.

Jake spent most of his life in Montana, but escaped to San Francisco for 10 years where he became a bike messenger, prep cook, and attended school. He spent summers and numerous weekends at the family ranch outside Wilsall, overlooking the Crazy Mountains. From there he would depart on numerous backpacking adventures with his dad George, family, friends, and most recently his son Lucas.

At this point we fast-forward to 2010, where Jake married Teresa and soon became father to Lucas in 2011. The birth of Lucas was the happiest day of his life, but also the saddest. His wife, Teresa, died of a brain aneurysm the day following Lucas's birth. After losing Teresa, Jake dedicated his life to being the best dad and mom for Lucas. Jake and "Goof butt" (aka Lucas) were referred to as "the boys". They did everything together. They loved biking; whenever Lucas used his breaks, Jake would shout "No, turn the gear up".

Those that spent time with Jake and Lucas knew about the deep intense philosophical conversations they would have about almost everything. In fact, quoting Nietzsche to Lucas was a favorite pastime for by his dad. Jake also was influenced by his mother Claudia's strength and patience, which he was always testing. For those of us that knew Jake, we will miss his infectious smile and his giggle. He never went a day or even a conversation without putting in a swear word of two. Jake had a passion for all types of math. He loved being able to solve complex problems and was looking forward to teaching Goof butt all the branches of math, including calculus. He never had less than four books sitting on his bedside table.

He loved to read and loved to see Lucas following in his footsteps. Music moved Jake's soul; his playlist was vast and he never drove his car without music playing.

Jake is survived by his mother (Claudia), sister (Natasha), son (Lucas), and a long list of aunts, uncles, cousins, and relatives by blood and relatives by bond. Rather than list them out, they should all just know that Jake cared about this family more than anything, and they were all in his heart until the last.

The family wishes to give heartfelt thanks and gratitude to Jake's special friend Tina Eblen for welcoming Lucas into her home, heart, and family (including her children- Teagan and Drew).

The other wish that Jake had, besides taking his ashes into the mountains near his family's roots, was that all the people close to him in his life gather for a celebration, an informal gathering to celebrate his passing when it came. That partyakeelebration will take place in Helena at Spring Meadow Lake State Park on Friday, June 25th starting at 2:30 p.m. All those friends and family who shared in his life are invited to attend. In lieu of flowers, a gofund me page has been set up for the care of Lucas. Please visit www.aswfuneralhome.com to offer a condolence to the family or to share a memory of Jake.