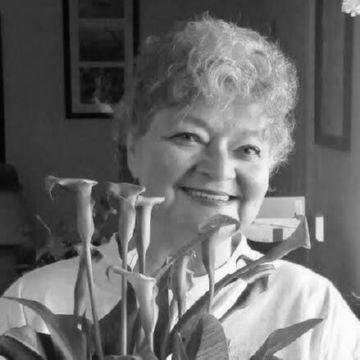 Jamie Jean Smith of Townsend passed from this life to her Heavenly home the evening of October 8th at Benefis COVID care unit in Great Falls.

Jamie was born April 11th, 1946 in Chicago, Illinois. She was born to James F. Twomey and Mary Jean Walsh. She was adopted by Mary F. Wiley, a Navy nurse from Iowa. Jamie was raised in Fort Worth, Texas, Butte, Montana and finally settled in Helena. She attended Helena Catholic grade school and Helena Central High School and completed her senior year by graduating in 1964 from Helena High School.

Following high school Jamie moved to Santa Monica, California. She worked as a telephone operator but after a little over a year she returned to Helena. She worked at St. John's Hospital and attended Maddio's Beauty College. She graduated with a degree in cosmetology. In 1967 she married and gave birth to daughter Monica Lynn. Looking for work to provide more for her daughter she went to work at Blue Cross Blue Shield as a claims adjuster for the Medicare division where she worked for 33 years.

In 1977 she met and married her husband of 44 years, Charles "Chuck" Smith. The marriage created an instant family with four daughters Monica, Heather, Heidi and Holly. With only minor adjustments the family quickly became one.

Jamie loved cooking and prepared many wonderful meals for family and friends. Jamie loved games and enjoyed time with family playing Canasta. Her favorite game was Bananagrams at which she was more than slightly adept. If you beat her you knew you were on your game.

In 1997 Jamie suffered several heart attacks and underwent quadruple bypass surgery. She was able to return to work but her declining heart health forced her to retire. Jamie enjoyed her retirement creating jewelry, traveling and spending precious time with her family.

Preceding Jamie in death were her mother Jean Walsh, her father James Twomey and her adoptive mother Mary Wiley , her daughter Heidi Hockhalter, her half brothers Jimmy Twomey and Michael Twomey and her sister Kathleen Boyle.

She is survived by her husband, Chuck Smith, her daughter and son-in-law Monica (Henry) Kaminski and Sparky Kaminski, daughter and son-in-law Heather and Brian Cook, her daughter Holly Smith, her sister Carol Kerwin and half sisters Patti Dengler and Kimberly Twomey She is also survived by her grandchildren, Kasey Kaminski, Megan Kaminski Chambers, Jared Cook, Curtis Cook, Reese Salwey, Thad Hockhalter, Sara Salinas and great grandchildren Deacon and Azariah and many beloved friends.

A celebration of her life is planned for November 13, 2021 at 2:00p.m. at Shepard of the Valley Lutheran Church, 301 North Cherry Street, Townsend, Montana. A reception will follow at the same site.

Published by Helena Independent Record on Oct. 17, 2021.
To plant trees in memory, please visit the Sympathy Store.
MEMORIAL EVENTS
Nov
13
Celebration of Life
2:00p.m.
Shepard of the Valley Lutheran Church
301 North Cherry Street, Townsend, MT
MAKE A DONATION
MEMORIES & CONDOLENCES
4 Entries
Sending my most heartfelt condolences along with love and hugs.......
Stephanie Rains Kaul
Other
October 19, 2021
Monica and Family, We were sad to hear this news, take comfort in knowing how much "Nana" loved all of you. She was a truly special person. We loved her like she was our family too. I'll always remember her beautiful smile. Sending Love, Hugs and Prayers.
Ken & Jeannine Williamson
Friend
October 18, 2021
To Chuck and family. You are all in our thoughts and prayers. We pray that all of your wonderful memories of Jamie will heal your hearts, and ease the pain of the loss of you wife and mother. She is now healed and with God, and watching over all of you, still.
John and Mary Lamb
Friend
October 18, 2021
Chuck and Monica, my thoughts and prayers are with you and family, may God bless you and keep you in his care. Marlene
Marlene Longfellow
Work
October 17, 2021
Showing 1 - 4 of 4 results