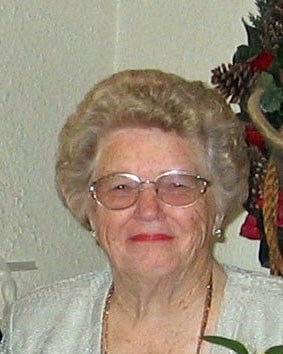 On Tuesday afternoon, January 12, 2021, Jane Marie Bird-Tuggle passed away peacefully with her husband, Sonny, at her side.

Jane was born May 11, 1929 to Clarence and Esther Ashley in Port Huron, Michigan. She lived and worked in Detroit, until she moved to Montana. On one of Jane's trips to Montana, she met a tall cowboy, Laurence Bird, and fell in love. Jane and Laurence were married in Great Falls, Montana, May 20, 1955. They ranched 75 miles south of Chinook, Montana for five years. During this time, their daughter, Laura and son, Jerry were born. Jane and Laurence sold the ranch and moved to Chinook in 1961. They spent the winter in Chinook and in the spring moved to Helena, where Laurence found a job as a carpenter. During their life together in Helena, they built two homes, the last being on Paydirt Drive. Jane worked at Sears during the holiday season for 8 years. Jane and Laurence were snowbirds for 8 years and spent most of their time in Arizona in their 5th wheel with their lifetime friends, Albert and Betty Sanford. As members of the Treasure State Wheelers, they traveled the state of Montana in the summer. Jane lost her first love in January 1998.

After Laurence passed away, Jane stayed in the house on Paydirt Drive. She had many wonderful neighbors who looked after her and some of the neighborhood kids considered Jane their grandmother. Jane loved to go to the Mother Lode and would sit at the machines by the hour. The Mother Lode was her second home for a while, and she thought of the Mother Lode crew as her family.

In 2006, mom met her second love, Felix "Sonny" Tuggle. They were married in October 2007, at St Paul's Methodist Church in front of family and special friends, Leroy and Fern Holshue. Mom and Sonny did some camping and traveling, especially to the panhandle of Texas, where Felix's family was from. They especially enjoyed playing cards and spinners with their friends, the Vimpany's and Holshue's. Jane always said she was a lucky woman to have had two wonderful men in her life and she loved them both with all her heart.

Jane is proceeded in death, by her first husband (Laurence), her mother and father, two brothers (Dick and Jim), her sister and husband (Kathryn and Joe Husar), brother-in-law and wife (Wendell and Elsie Bird), brother-in-law (Ronald Bird) and sister-in-law (Bernadine Bird). Jane is survived by her husband (Felix) of Helena, her daughter and husband, (Laura and Albert Calkin), son (Jerry) of Helena, stepdaughter and husband (Erin and Marty Gast) of Whitehall, stepson and wife (Ross and Melanie Tuggle) of Scobey, special niece (Peggy Allderdice) of Loma, as well as a beloved cousin, (Barbara Gilbert) of Michigan, numerous nephews, nieces, grandchildren, great grandchildren, and many dear friends.

Per Jane's wishes, there will not be a service. She has been cremated and will be buried next to Laurence in the spring at the Alice Nash Memorial Cemetery south of Chinook. Please visit www.aswfuneralhome.com to offer a condolence to the family or to share a memory of Jane.

To plant trees in memory, please visit our Sympathy Store.
Published by Helena Independent Record on Jan. 17, 2021.
MEMORIAL EVENTS
No memorial events are currently scheduled.
To offer your sympathy during this difficult time, you can now have memorial trees planted in a National Forest in memory of your loved one.
Funeral services provided by:
Anderson Stevenson Wilke Funeral Home & Crematory
GUEST BOOK
2 Entries
Dear Laura, so sorry for the passing of your mom. enjoy the memories.
cindy rose
January 21, 2021
So sorry for your loss. Good memories of her when I was a kid.
Jim Riis
January 17, 2021