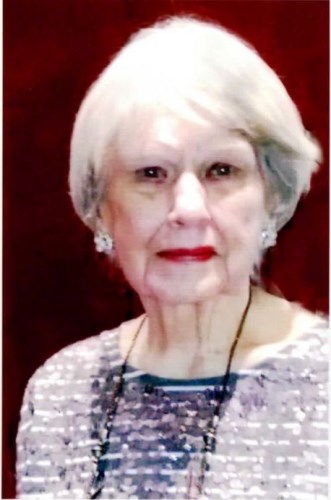 Jeanne (Paul) Gustafson, beloved matriarch of her large family, died peacefully on October 12 at the age of 99 at her home in Helena, MT surrounded by family. She was born in Edgeley, ND to Donald and Florence (Petrie) Paul on August 29, 1922, the oldest of five children.

Jeanne attended college at NDSU for two years, then left school to marry Arthur Gustafson. During their 60+ years of marriage, they raised seven children together while living in Grand Forks, ND. Jeanne devoted many years to her family. Besides being a loving wife and attentive mother, Jeanne was a talented seamstress, expert bridge player, and excellent cook.

When her youngest child started school, Jeanne returned to college at UND. She earned a degree in elementary education, then went on to earn her master's degree. She was on the dean's list every semester and graduated with honors. Jeanne taught for 15 years before retiring, first at St. Michael's Catholic school in Grand Forks and then at St. Joseph Catholic School in Mandan. Primarily a first grade teacher, Jeanne could proudly say that every child she taught learned how to read.

Jeanne and Arthur lived in Escondido, CA for many years after retirement before they relocated to Helena, MT. In retirement, Jeanne began quilting. Over the next 30 years, she designed and hand-quilted more than a hundred stunning quilts that are cherished by her family, including more than four dozen crib quilts for her grandchildren and great-grandchildren.

Jeanne was preceded in death by her parents; her four siblings; her husband; her son, John and his wife, Jeanne; and her grandson, Stephen. She is survived by six children, Paul (Ann), Mark (Judi), Lane Devereux (Michael), James (LuAnne), Janet Weisgram (David), and Robert (Lynn). Jeanne has 19 surviving grandchildren and 40 great-grandchildren.

A funeral mass for Jeanne will be held at Our Lady of the Valley on October 20 at 11:00 A.M. Interment will take place in Mandan, ND at a later date.

Published by Helena Independent Record from Oct. 17 to Oct. 19, 2021.
To plant trees in memory, please visit the Sympathy Store.
MEMORIAL EVENTS
Oct
20
Funeral Mass
11:00a.m.
Our Lady of the Valley
MT
Funeral services provided by:
Simple Cremation Montana
MAKE A DONATION
MEMORIES & CONDOLENCES
Sponsored by Simple Cremation Montana.
1 Entry
I was terribly saddened to hear of the passing of Jeanne Gustafson. In the ten years I've owned Prickly Pear Quilts, Jeanne Gustafson has been one of my all time favorite customers. One of my favorite memories of Jeanne is her not being able to operate her cell phone but mastering every aspect of a complex, computerized sewing machine as 85 years young. She was so talented and always a gracious lady. My condolences to the family. May your memories of Jeanne bring you comfort during this time.
Connie Roope, Prickly Pear Quilts
October 21, 2021
Showing 1 - 1 of 1 results