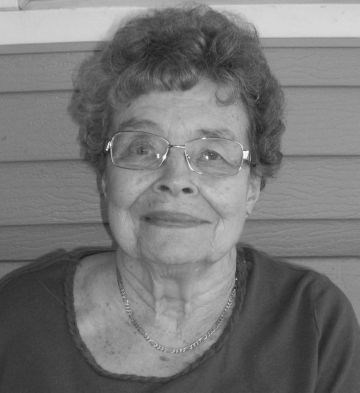 Our beloved mother Joan Benson, age 88, passed away peacefully in her home in Helena, Montana on September 12, 2021 surrounded by family. Joan was a member of the Helena community since 1959 and an OB-GYN nurse at St. Peter's Hospital for over 35 years.

Joan was born in Sheridan, Wyoming on January 16, 1933 to Charles and Amy Roberts. Amy was a school teacher at multiple schools in Montana and Wyoming and Charles was the manager of Gambles Hardware stores in Greybull, Sheridan and Billings.

A graduate of Greybull High School in 1950, Joan wished they had female sports in those days as she was a lifelong sports enthusiast. Instead, she was a loyal member of the band and an enthusiastic cheerleader.

At an early age she knew that she loved caring for people, especially children, and decided to become a nurse. After graduating from nursing school in 1954 from Montana State University she became an RN. During nursing school, she met her future husband Jack, through a mutual friend. It did not take them long to plan their future. Jack and Joan were married in Billings in the summer of 1954 and enjoyed a great love affair for over 56 years until Jack's passing in 2010. We hardly remember a day when the two of them were not together.

In the early years of their marriage, Jack's work with the Montana Highway Department took them to eastern Montana (Broadus, Hammond and Lame Deer). Their first son Dan was born in Billings in 1955. With a transfer for Jack to Helena and nursing jobs at St. John's Hospital and then St. Peter's Hospital for Joan, they made their permanent home in Helena in 1959. Dave joined the team in 1960.

Joan would go on to lead the OB-GYN Department for many years and become a mentor, teacher and friend to so many nurses and doctors with whom she had the pleasure to work with during her career. At least four generations of children born at St. Peter's held our mom's hand when they came into this world. In her estimate she assisted in over 3,000 births.

One of her greatest honors was being recognized for her work at St. Peter's at her retirement dinner in 1993.

Growing up in Helena, it made us proud when people asked if we were related to that "nice nurse at St. Peter's".

Joan was a faithful supporter of all our activities as kids (Cub Scouts, Boy Scouts, etc.) and any other school-related endeavors in which we took part. Our parents never missed an event that we were involved in! Joan may have seemed nice and reserved at work but, boy could she scream and holler at an athletic event. After we graduated from high school, she still carried that support to anything we did.

She also became a huge football fan of her Denver Broncos and later in life was an avid fan of tennis. She was truly in love with Rafael Nadal.

We could not pay tribute to Joan without mentioning her love of cats and the care and fostering she provided to over 40 of them during her life. She was known as a cat lady to many and we believe since she was no longer working at the hospital, she replaced the children with cats!

Joan is survived by her two sons, Dan (Sandi) of Helena and Dave (Claire) of Denver, Colorado.

In addition, we would like to recognize the countless nurses and doctors who worked with Joan over the years. A special heartfelt thank you also goes to her caretaker for the last five years, Cindy Gilbert.

A graveside celebration for Joan will be held at the Fort Harrison Cemetery at 11:00AM on Friday October 15, 2021. A reception will be held at NCO Club at Fort Harrison following the celebration for family, friends and those who had fond memories of Joan. Memorials may be made to the Lewis & Clark Humane Society or Hospice of St. Peter's if so desired. Please visit www.aswfuneralhome.com to offer a condolence to the family or to share a memory of Joan.

Published by Helena Independent Record on Oct. 10, 2021.
To plant trees in memory, please visit the Sympathy Store.
MEMORIAL EVENTS
Oct
15
Graveside service
11:00a.m.
Fort Harrison Cemetery
MT
Funeral services provided by:
Anderson Stevenson Wilke Funeral Home & Crematory
MAKE A DONATION
MEMORIES & CONDOLENCES
Sponsored by Anderson Stevenson Wilke Funeral Home & Crematory.
2 Entries
Just seeing the photo of Joan made me recall her ready chuckle as she always seemed in good spirits and made work in OB a good place to be and to grow. May she Rest In Peace. Sincere condolences, Lorrie Grotbo
Lorrie Grotbo
Work
October 11, 2021
I was privileged to work for Joan early in my nursing career. She was an incredible and caring friend to everyone she worked with. She mentored and helped so many develop into amazing nurses.
Donna Bristow
October 10, 2021
Showing 1 - 2 of 2 results