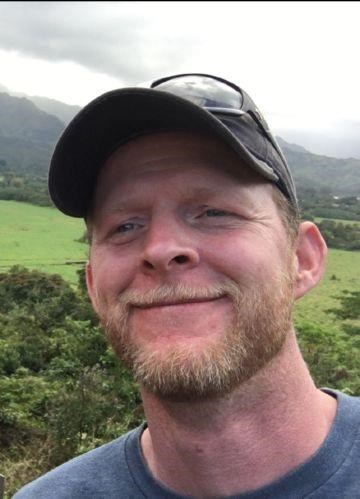 Josh S. Merrill, 41, died tragically in a car accident on March 26, 2021 in Helena, Montana. Josh was born on April 4, 1979 to Lisa Merrill and Steven D. Merrill. He was the second of two boys. He looked up to and admired his big brother Jason. Josh loved anything outdoors especially hunting trips with his brother and nephews. His favorite thing was to spend time with his family and friends. He was a hard worker and was always up for a new challenge. Everyone that met Josh would easily walk away calling him their friend. Josh always wore a smile that would light up the room.

Josh met the love of his life, Kassidy Newby, in 2010 and they tied the knot in 2015. In 2014 they welcomed their handsome little man Nash into the world. He was so proud to be a Daddy

to Nash and a father to his three bonus children. Josh is an amazing role model and looked forward to the next milestone in each one of their lives.

Josh's family would like to give a special thanks to Lithia CDJR of Helena for their generosity and support through this difficult time. We would also like to thank everyone that has reached out to show their love and support. It is apparent that Josh touched so many lives and he is surely smiling down on his legacy.

To plant trees in memory, please visit our Sympathy Store.
Published by Helena Independent Record on Apr. 14, 2021.
MEMORIAL EVENTS
Apr
17
Celebration of Life
11:00a.m.
Helena First (Church)
2210 Dodge Ave, Helena, Idaho
Funeral services provided by:
Wilks Funeral Home
MEMORIES & CONDOLENCES
Sponsored by Wilks Funeral Home.
10 Entries
Josh was one of my biggest pillars in my exchange student here over Pocatello. He showed me the real soul of the American people. He showed me all the music that influenced me through these years. I´m broke. My condolences from Spain. I will miss you buddy. Thank you Josh
Jordi Fons
April 23, 2021
My heart breaks for Josh´s family. Josh was so very helpful when ever I had to bring my Jeep in. He gave me the best deals. I will miss Josh and his smile.
Cindy
April 21, 2021
I found out today about Josh at the dealership. Saddened to hear the news. he was a special human. always respectful, calm and had a smile. I met him at Lithia. he would always try and say my name right which was a huge sign of respect. the last time that I saw josh was about three weeks ago. I got my keys from him and headed out after chatting for a few minutes. May his soul Rest In Peace! he will be missed.
Arif Nairam
April 20, 2021
What a great person.. God bless
Becky Wheelock
April 19, 2021
My condolences to the Merrill Family. I worked with Josh for a short time in Pocatello and got to see first hand what a good man he was. Always respectful, friendly and positive. Prayers to his family and friends.
Guy Curtis
April 18, 2021
I am so saddened after reading of Josh´s´ passing. I only knew him from Lithia. He was so friendly and helpful! He will be missed. Prayers to all of his family.
Leslie Popiel
April 16, 2021
I remember the day the elderly gentleman who did the shuttle service told me about Josh and his passing. I went in my house and just started crying! I only knew Josh through the Lithia dealership, but he was so kind and always called me Miss Laura. I always looked forward to talking with Josh whenever I had to call the service dept because he was just so nice and didn´t make you dumb if you had a question. I will always remember Josh for his kindness!
Laura Smith
April 16, 2021
We were totally shocked & heart broken when we went to Lithia today to see Josh. We both thought the world of Josh. He was always there for us with our truck. Great customer service person & all around nice guy. We considered him our friend as well as a customer service personnel. Our sincere, deepest prayers are with your family.
Rem & Diane Mannix
April 15, 2021
I am so devastated to have just learned of Josh´s passing. He was such a cheerful and helpful guy, each & every time he assisted me at Lithia CDJR. Josh truly cared about customer service, and he excelled at it. I´m sure he was just as passionate about all aspects of his life and the people in it. Josh will be so missed! To his family & friends.....you are in my prayers for strength and comfort as you go through such a heartbreaking loss.
Robin Boule
April 15, 2021
Josh was such an incredible person, with such a huge personality that seemed to light up the room. He was always so helpful when I needed something done to my vehicles. I only knew him from Lithia, but I considered him a good friend. The world is a lot less special now without Josh in it. My deepest sympathy goes out to Josh´s family.
Nancy Kenney
April 14, 2021