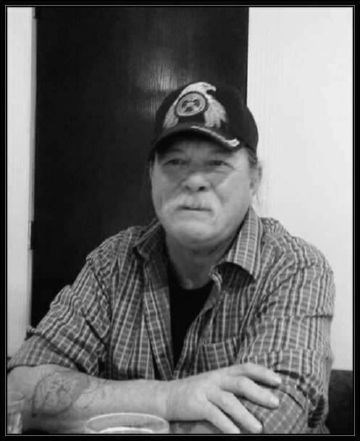 Louis was born in Helena, MT May 23, 1955 to loving parents Leo Pocha and Bobbie Pocha (Charlotte) Asher. Lou attended school and graduated from Helena Senior High School in 1973.. Louis lived and worked in the construction trades in his home State of Montana. Louis had many interests including sports, especially football. Louis was an avid fan of his favorite football team the Seattle Seahawks. Lou loved his family members and was quite proud of his roots and Native American ancestry. Louis spoke of the many wonderful memories made with his aunts and uncles and many cousins. Louis spoke often of his youth and the blessing of having his Grandparents living very close to his family home. This allowed for impromptu visits, life lessons and fond memories. A source of pride Louis loved all of his children..Although the children live in many locations, they are fortunate to know and care for each other. Lou spoke often of his parents and siblings, the family history and growing up in Helena. He readily shared family stories of Dad's famous picnic chili, Mom's delicious fry bread and treasured every family memory.

Published by Helena Independent Record on Oct. 10, 2021.
To plant trees in memory, please visit the Sympathy Store.
MEMORIAL EVENTS
Oct
23
Celebration of Life
1:00p.m. - 6:00p.m.
Moose Lodge
Helena, MT
MAKE A DONATION
MEMORIES & CONDOLENCES
8 Entries
I miss you so much daddy. Love you forever. I hope you are dancing with the angels now.
Erika Pocha
October 15, 2021
I miss your face. You always took care of me and were always there for me. Rest In Peace Big Brother. I love you so much. Your sis.
Bonnie Lee Distasio
Family
October 12, 2021
I miss your face Louie. You were always there for me. I love you so much
Bonnie Lee Distasio
October 12, 2021
I am shocked and saddened by this news. I have a lot of good memories of good times with Lou. My condolences to all the Pocha family. Bonnie, I am thinking of you.
Robin Larson
Friend
October 11, 2021
Very sad to hear of Louie´s passing. We were good friends in grade school and high school but lost touch over the years. I have many fond memories of being part of Pocha family gatherings. I was honored to be included. My prayers are with the Pocha clan. I am very sorry for your loss.
Joe Chop
Friend
October 10, 2021
My prayers are with Leo's family.Leo is a very nice person and will be missed.
Evelyn Knowles
Friend
October 10, 2021
Very sad to hear of Louie's passing. We were friends in grade school, and high school. Although we went our separate ways,, I always had good memories of Louie. May he rest in Peace.
Timothy McKeever
October 10, 2021
My condolences to the Pocha family. My prayers are with you. I have fond memories of Louis and he will be missed.
Sean K. Wines
Friend
October 10, 2021
Showing 1 - 8 of 8 results