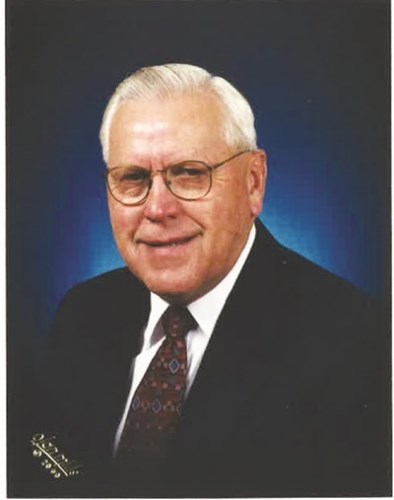 Our Dad, Milo Wayne Aasved, 85, died suddenly on December 24, 2020, in Helena, MT. He blessed his family until the end of his life with his smile, hugs, and funny stories. Milo was born to Wayne and Delia Aasved on February 9, 1935, at home in Plentywood, MT. In 1936 he and his family moved to Butte, MT where he had fond memories of his youth, a close extended Norwegian family, and attending Gold Hill Lutheran Church. In 1954 he was introduced to Hazel Mae Parsons and they remained high school sweethearts. Dad graduated from Butte High School in 1954 and then worked for the Anaconda Company in the mines. Milo and Hazel were married on August 11, 1956, at Gold Hill Lutheran Church. They were an example of true love, companionship, and he treasured his wedding vows to the end. While living in Butte they were blessed with the birth of Christy in 1958 and Craig in 1961. In October of 1962, he graduated from the Montana Highway Patrol Academy and was stationed in Lewistown. He was proud of his badge 234, loved Lewistown, the community, and felt privileged to raise his family there. He was thrilled to be blessed with the birth of Connie in 1966 and Curt in 1967 and was very proud of his four C's. He retired from the Highway Patrol in 1984 and purchased The Cinderella Shoe Store on Main St. Dad closed the store in 1994. He was skilled as a carpenter, electrician, plumber, landscaper, and general handy-man. In 1999, he was employed with Lewistown Public Schools as a bus/activity bus driver. He thoroughly enjoyed driving students to and from school and the students loved his wit, wisdom, and rules. He was especially honored to be the bus driver for three Fergus High School girls' basketball state championship teams – 2002, 2004, and 2005. Dad served 26 years in the Montana National Guard and was proud to be an American. He loved God, his family, and his country. In addition, our parents found great joy in belonging to Jayson's Twirlers and attended many square dances throughout the state.

After his retirement in 2006, he found pleasure golfing at Pine Meadow Golf Course, attending his daily LBM coffee club, hosting monthly poker games at his home, fishing on Spring Creek, and attending Zion Lutheran Church. He occasionally worked at Cloyd Funeral Home and enjoyed helping Dick Brown and his staff.

He was especially proud of his home at 260 Cottonwood St. where he raised his family and which he kept meticulously maintained. Our home was blessed with lots of LOVE, wonderful home-cooked meals, baked goods, and magical Christmas memories. We are thankful for our parents who loved us all unconditionally. Milo and Hazel moved to Missoula, MT in 2015 and then to Helena in 2017. He met and cherished friends everywhere he lived. Dad loved sports – the Fergus High Golden Eagles, Griz and Lady Griz, and the Helena High Bengals.

Dad served as the Exalted Ruler at the Lewistown Elks Lodge # 456, he was a member of the American Legion, coached little league baseball, and served on the Zion Lutheran Church Council. He supported his children and grandchildren in all of our many sports and activities.

Milo was preceded in death by his mother, father, sister, Arliss Connors, and in-laws, Edward and Florence Parsons.

Due to Covid-19, a memorial service in Lewistown will be held in the summer of 2021. The date, time, and location will be released when set. In lieu of flowers, memorials may be made to the Montana Highway Patrol Hope Project @ P. O. Box 5927 Helena, MT 59604, or, Pine Meadows Golf Course @ 320 Country Club Ln. Lewistown, MT 59457, where a concrete bench will be placed in Milo's memory, or, Shriners Children's Hospital Office of Development 2900 Rocky Point Drive Tampa, FL 33607 or they may be left with the Cloyd Funeral Home. The Cloyd Funeral Home & Cremation Service is assisting the family. Condolences for the family may be posted online at www.cloydfuneralhome.com

To plant trees in memory, please visit our Sympathy Store.
Published by Helena Independent Record on Jan. 2, 2021.
MEMORIAL EVENTS
No memorial events are currently scheduled.
To offer your sympathy during this difficult time, you can now have memorial trees planted in a National Forest in memory of your loved one.
Funeral services provided by:
Cloyd Funeral Home
GUEST BOOK
4 Entries
I am so incredibly sorry for your loss. I took care of your mother Hazel at the Springs Living in Missoula. You dad was a very sweet and very devoted husband.
Taneisha C.
February 11, 2021
My heartfelt sympathies go out to the family and friends during this difficult time. I hope that the promise in 1 Thessalonians 4:14 can bring comfort. Knowing that there's a hope for the ones we have lost in death can be so reassuring.
Y.
January 7, 2021
I am so sorry for your loss. I always enjoyed Milo´s laugh and big smile. He and Hazel were always so supportive of mom and dad. I´m sorry we haven´t seen them for years but I will always have fond memories of the times we did get to spend with them.
Patsy Norbo Morstad
January 6, 2021
Loved that Milo! I managed the Bistro at Touchmark. He would come in and get a cup of coffee and treat. Sometimes an egg salad sandwich. He was so kind and everyone loved him. Miss you Milo!!
Debbie Harriott
January 3, 2021