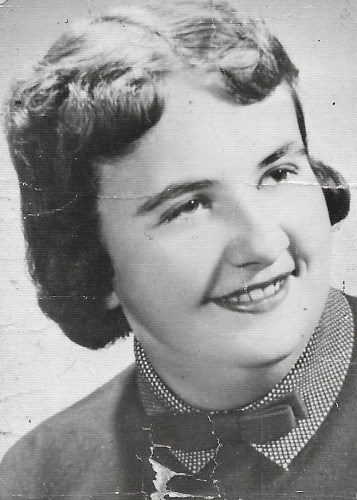 On August 13, 2021, Patricia (Pat) Wade passed from earth and entered heaven. Pat was born on May 7, 1941, in Anaconda, Montana to her parents Pete and Blanche McNally. She grew up in Anaconda and attended elementary and high school there. After school, Pat moved to Helena where she met her husband Bruce Wade. They were married on August 28, 1965. They moved to East Helena shortly thereafter where they raised their sons Scott, Stacey, and Steve.

Pat was deeply connected to her hometown of Anaconda, her Catholic faith, and her Irish heritage. When her kids were young, she enjoyed taking the family back to Anaconda to show them around and see the history of her hometown. She pursued her Catholic faith by attending mass at St. Cyril and Methodius in East Helena. She was extremely proud of her Irish heritage. It's safe to say that St. Patrick's Day was one of her favorite holidays, and she was always on the lookout for those of us who may not be wearing green that day.

Being the mother of three boys meant she was always outnumbered and had to put up with hunting, fishing, rough housing, and other dubious activities. She liked to listen to the radio, and by radio we mean she listened to the police scanner for any mention of her sons' or their friends' names (this was only successful a few times). We can also remember how happy she was when the boys came to back from fishing out on the lake to show us the trout she caught from shore using just a hook and a piece of hot dog. Who needs worms or fancy fishing gear? While she enjoyed knitting, needle work, and, in her younger years, decorating cakes for the various birthday celebrations, what she really enjoyed was being a grandmother. She took every opportunity to spoil her grandkids and enjoyed attending any school or athletic event she could make.

She was preceded in death and is now reunited with her parents (Peter and Blanche McNally), her sister Sharon (Herrmann), and her granddaughter Alisha (Wade). Pat is survived by her husband of 50 years, Bruce Wade; three sons and two daughters-in-law, and several grandchildren: Scott (Fairbanks, Alaska) and his daughters Raven and Brandi; Stacey and Genine Wade (Helena, Montana) and their daughters Ashly and Brianne; and Steve and Jennifer Wade (Helena, Montana) and their children Aidan, Alli, Caven, and Kami. She also leaves many other family members, nieces, nephews, and friends who will sadly miss her.

Pat was laid to rest next to her parents, sister, and granddaughter at a private service at Mount Olivet Cemetery in Anaconda. In lieu of flowers, please make a contribution to St. Jude's Hospital (www.stjude.org) or the charity of your choice.

Published by Helena Independent Record on Sep. 15, 2021.
To plant trees in memory, please visit the Sympathy Store.
MEMORIAL EVENTS
To offer your sympathy during this difficult time, you can now have memorial trees planted in a National Forest in memory of your loved one.
MAKE A DONATION
Please consider a donation as requested by the family.
MEMORIES & CONDOLENCES
0 Entries
Be the first to post a memory or condolences.