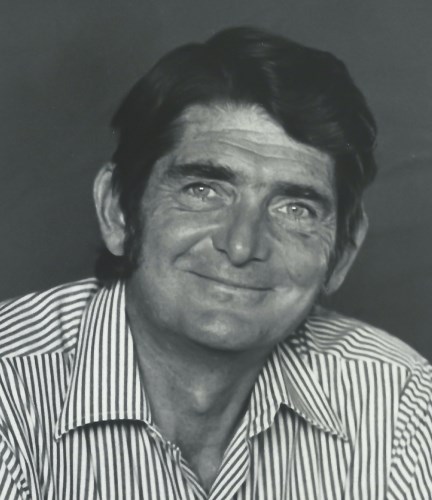 With profound sorrow we announce that Roderick Fraser MacDonald, age 93, of Helena passed away in his home on October 1st, 2021. Rod was born in Kalispell, Montana on January 15th, 1928, the sixth child of Torrance H. and Nell G. MacDonald. The family moved to Helena in 1929 where Rod thrived on all the best that Montana had to offer, attending public schools and graduating from Helena High in 1946. One of his best childhood memories was of riding with his mentor Tom Cooney on the Cooney Ranch near Avalanche Creek. After high school he volunteered for the Army, serving from 1946 to 1948, and he spent most of that time on duty in Nagoya, Japan.

In September of 1949 Rod married the love of his life, Nancy E. Cunningham, in a small family ceremony held on Flathead Lake in Somers, Montana. The couple raised three children, Scott R MacDonald of Clancy, Melinda H MacDonald of Helena and Jonathan F MacDonald of Helena. Rod and Nancy were together as committed life partners for over 64 years at the time of her passing on March 29, 2014.

In 1953 Rod graduated as a Civil Engineer from the University of Washington and went on to work as Senior Bridge Engineer for the Montana State Highway Commission and then as an engineer for the US Forest Service. Among other responsibilities, he was in charge of the design and construction of the Forest Fire Laboratory in Missoula, Montana, and also served as Chief Engineer for Laboratory Construction throughout the US. In 1967, after 10 years with the Forest Service he accepted a position with the US Agency for International Development (USAID) at the Department of State in Washington DC.

Working for USAID provided great opportunities for travel and adventure, and he took the family to live in Liberia (West Africa) as well as in Tanzania and Ethiopia (East Africa) and in Bangkok, Thailand. During a successful career dedicated to advancing sustainable development, he was responsible for a wide variety of projects including building hospitals, schools, roads, airports and sustainable energy sources. Rod worked and traveled in over 50 countries and served as Chief Engineer for Africa, Asia and then for Latin America and he eventually retired as Chairman for the USAID Engineering Council in 1986 after 19 years of service with USAID. He was awarded the Presidential Commission of Counselor in the Senior Foreign Service in 1983, and in 1984 he received the Superior Honor Award from USAID for outstanding performance and accomplishment leading to the construction of the Point Salines International Airport in Grenada.

One of Rod's most exceptional accomplishments was the work he did in Thailand to address the Cambodian refugee crisis during the Cambodian-Vietnamese war. He worked on emergency loan to the United Nations High Commissioner for Refugees serving as the chief engineer in charge of building camps to house displaced families fleeing violence and famine. Khao-I-Dang, one of the camps he designed and constructed within a matter of days in late 1979, eventually housed 185,000 people and remained in operation for 14 years. As the US Ambassador to Thailand formally noted at that time, "his achievements, under the most trying conditions, represent the highest standards of personal dedication and professionalism." Another outstanding contribution was the lifesaving rescue work he did as part of the US government's emergency response during the 1985 Mexico City earthquake. These and many other humanitarian efforts that he spearheaded had a profound effect on his life and contributed to his enormous generosity and kindness to everyone he met.

In 1992, after traveling the country and the world, Rod and Nancy returned to their roots in Helena, Montana. During retirement one of Rod's favorite past times was volunteering at the Holter Museum of Art with his dear friend Dick Duffy. In 2001 his daughter-in-law Sasithorn (Pom) MacDonald moved to Helena from Udon Thani, Thailand, and she immediately became a cherished member of our family. Pom's attentive and tender care always provided Rod tremendous comfort and most especially so during his final days.

Throughout his remarkable life, Rod was known for being able to accomplish the seemingly impossible that still "must be done". He was a devoted husband and father, and his passion for hunting, fishing, horseback riding and ranch work spanned the continents. In addition, his love for the fine arts and music further enriched his already full life. He was invariably ethical, honest and forthright, which were personal traits that he attributed to his father's influence. Rod was the keeper of memories and the rock that supported his large extended family. He will be dearly missed by a host of family, friends and neighbors.

Rod was preceded in death by his loving wife Nancy and his five beloved siblings Margaret Nell Donaldson, Torrance Hugh MacDonald, Andrew Gill (Buddy) MacDonald, John C MacDonald and Mary Louis Feilen. He is survived by his three adoring children, his doting daughter-in-law and his numerous precious nieces, nephews and other extended family.

We are forever grateful for the excellent care and kindness he and his family received from the outstanding healthcare providers at St. Peters Health and Hospice as well as from Golden Options Home Care. Following his last wishes no formal service is planned, but his ashes will be spread by the family in a private gathering at Flathead Lake.

Published by Helena Independent Record on Oct. 10, 2021.
To plant trees in memory, please visit the Sympathy Store.
MEMORIAL EVENTS
To offer your sympathy during this difficult time, you can now have memorial trees planted in a National Forest in memory of your loved one.
MAKE A DONATION
MEMORIES & CONDOLENCES
2 Entries
Although living so far away in New England, we remember fondly Rod, Nancy and his children. Margaret named her son after Rod and have always wished w e could have been close enough to see him and the MacDonald clan more often.
Margaret Geldart and Kathryn Reed, Nieces of Rod
Family
October 12, 2021
Our sympathies to you. A very good neighbor will be missed.
The Caldwell Family
October 11, 2021
Showing 1 - 2 of 2 results