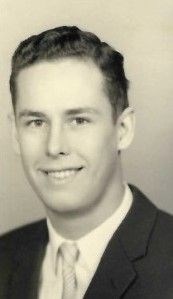 Ronald Lee Kenney, formerly of Helena and Billings, Montana, passed away October 7, 2021, at home surrounded by his family. Lee was born to Roger L. and Dorothy H. Kenney in Helena, Montana on October 3, 1938. He attended Helena schools, graduating from Helena High School in 1956.

While in high school, Lee played basketball for Lloyd Skor and Mac McGinley. Following high school, Lee received a full-ride basketball scholarship to Montana State College in Bozeman. After suffering a severe ankle injury, he transferred to Lewis and Clark College in Lewiston, Idaho the following year and played for former Helena High School great Joe Brennan. Passing on the opportunity to play for either Eastern Washington or Whitman College after Lewis and Clark, Lee worked for a year and then moved to Billings where he earned his B.S. degree in secondary education from Eastern Montana College in 1962. Lee then went on to earn M.S. degrees in economics and history from Montana State University in Bozeman where he also received his administrative certification.

Prior to working as a school administrator in Helena, Lee taught and coached at Drummond High School and worked for the Central Intelligence Agency in Langley, Virginia; Kathmandu, Nepal; and Can Tho, Vietnam.

Lee is survived by his best friend and companion, Geraldine Layne, and his three children Debbie Kenney Johnson of Missoula, Laurie Kenney Tobol (Tom) of Helena, and Ronald L. Kenney, Jr. (Beth) of Utah. He loved them deeply and was extraordinarily proud of them all. He is also survived by his brothers Frank (Julie) Kenney of Medford, OR; Tom (Maria) Kenney of Chicago, IL; and his sister Sue Parker of Medford, OR.

Lee was preceded in death by his parents, his brother William, his granddaughter Baylea Kenney and his grandsons TJ Tobol and Tyler Johnson.

Cremation has taken place. At Lee's request, no services are planned. 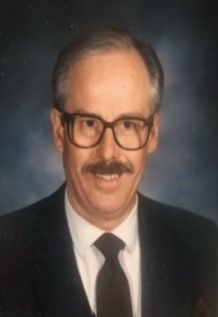 Published by Helena Independent Record on Oct. 15, 2021.
To plant trees in memory, please visit the Sympathy Store.
MEMORIAL EVENTS
To offer your sympathy during this difficult time, you can now have memorial trees planted in a National Forest in memory of your loved one.
MAKE A DONATION
MEMORIES & CONDOLENCES
6 Entries
Lee was a good man and he always had a smile ready. I will miss knowing he is on earth but I believe his spirit will live on. My condolences to the family.
Janet Boyer
Family
October 15, 2021
I worked at both Helena High and Capital High under Lee. He was very supportive of and helpful to me as a Helena School District teacher and guidance/counselor. My sympathy to his family at this difficult time,
Carol Ann Dietzen
Work
October 15, 2021
I consider Lee to be a great friend and mentor. He will be missed. My condolences to his family. RIP my friend.
Ed Beniger
October 15, 2021
I agree with Pat Kukes, I too loved working for Lee and thought he was the best Principal anyone could ever work with. My condolences to the family and Gerry.
Jane W Dodge
Work
October 15, 2021
While I taught orchestra at Capitol High HE was the man. I absolutely loved working for him.
Patrick Kukes
October 15, 2021
I worked with Lee in the Helena School system for several years. All the years I worked with him he was a wonderful Professional and dedicated to the kids and the staff he worked with. Some of my favorite stories about that time of my life involve Lee. My condolences to all of you and I know he will be missed.
Joe Schendel
Work
October 15, 2021
Showing 1 - 6 of 6 results