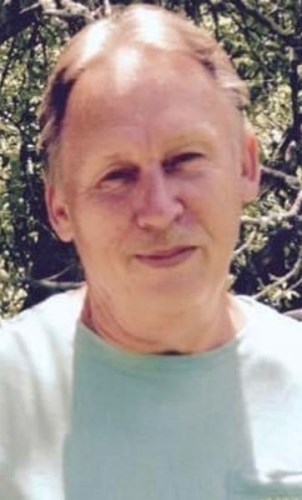 CLARENCE GRADY SANSOM, 70, of Beech Fork, passed away Saturday, April 11, 2020, at his residence surrounded by his family. Graveside services will be conducted at 3 p.m. Thursday, April 16, 2020, at Sansom Cemetery, Beech Fork, by Minister Emual Adkins. He was born June 30, 1949, son of the late Lucian and Jewell Adkins Sansom. He was preceded in death by his brothers, Charles Abe and Lucian "Buck" Sansom Jr. He is survived by his loving wife of thirty-two years, Saundra Mays Sansom; daughter and son-in-law, Crystal and Ryan Costin of Monterey, Tenn.; sisters and brothers-in-law, Sue Perry of Lavalette, Connie and Troy Mays and Mae and Kevin Black, all of Beech Fork; four grandchildren, Austin and Layla Martin and Elijah and Aleyah Costin. In view of the Governor's limit of gatherings to five people, limited visitation will be from 11 a.m. to 2 p.m. Thursday, April 16, at the Wallace Funeral Home, Barboursville. Online condolences may be expressed to the family at www.timeformemory.com/wallace.

Published by The Herald-Dispatch on Apr. 14, 2020.
To plant trees in memory, please visit the Sympathy Store.
MEMORIAL EVENTS
Apr
16
Visitation
11:00a.m. - 2:00p.m.
Wallace Funeral Home - Barboursville
1159 Central Avenue P.O. Box 7, Barboursville, WV
Apr
16
Graveside service
3:00p.m.
Sansom Cemetery
Beech Fork, WV
Funeral services provided by:
Wallace Funeral Home - Barboursville
MAKE A DONATION
MEMORIES & CONDOLENCES
Sponsored by Wallace Funeral Home - Barboursville.
4 Entries
Our deepest sympathy to the family. He was a very quiet man but loved you all unconditionally. Sending many prayers and love to you all.
Gale Martin
April 16, 2020
suadra sorry for you and the rest of his family may the peace of the lord JESUSbe with you all god bless
April 15, 2020
My heart, thought's and prayers are with you Saundra, as well as the entire family. I pray God will comfort your hearts and give you peace and understanding throughout this difficult time and in the coming days, months and years. It is never easy saying Goodbye to those we love and will miss so much, but the only thing that will ease that pain, is faith and God's promise of our being with and seeing those who are waiting for us to join them someday and knowing they are no longer in pain or suffering. Sending many hugs and much love to each one of you. God Bless ....
Deborah Adkins
April 14, 2020
May God bless you and your family in this time of sorrow.
Melissa Starcher
Family
April 14, 2020
Showing 1 - 4 of 4 results