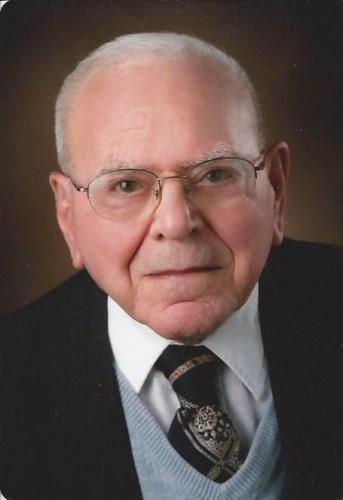 
EDWARD ISRAEL EILAND, 99, of Logan, W.Va., died at home on Sunday, May 12, 2019. He was born February 3, 1920, in Logan, the son of the late Rudolph and Gizella Wilcsek Eiland. He was also preceded in death by his wife, Evelyn Gordon Eiland, his son, Peter Brill Eiland, his sisters, Margaret C. Caplan and Irene Eiland, and his brothers, William W. Eiland, Theodore A. Eiland and Frederick S. Eiland. Mr. Eiland is survived by 19 nieces and nephews and numerous friends, including his longtime secretary, Nancy C. Kirkendall, and his faithful caregivers, Jan Copley, Vella Finley and Misty Williamson. He was a graduate of West Virginia University and the West Virginia University School of Law, and had practiced law for more than 70 years. Mr. Eiland, all of his brothers and his brother-in-law, Morton S. Cohn, were veterans of World War II. He enlisted in the United States Marine Corps Reserve in July 1942 and was discharged in February 1946. He served in the Pacific in the Fourth Marine Division, which received a Presidential Unit Citation with one Bronze Star and an Asiatic-Pacific Campaign Medal with four Bronze Campaign Stars, with landings on Kwajalein Atoll, Saipan, Tinian and Iwo Jima. He was awarded the Silver Star Medal for gallantry and intrepidity on Saipan and the Purple Heart for wounds received at the same time on Saipan. He served as an Assistant Prosecuting Attorney of Logan County from 1952 through 1956 and as a Mental Hygiene Commissioner for Logan County for many years. He served as Logan City Attorney in five different administrations and as City Attorney for the Town of Mitchell Heights during several administrations. For many years, Mr. Eiland was a member of the Board of Directors of The Logan County Charitable and Educational Foundation Inc. and a member of the Board of Directors of the Logan County Community Fund. He was active in the Logan Chapter of the American Red Cross, and until the Red Cross stopped taking his blood, he had donated almost 100 units! He was a member of the Logan Kiwanis Club since the early 1950s. He was a life member of the Gunther-McNeely-Nowlin Post 19 of the American Legion and served as Post Commander on two separate occasions. He served as President of the Congregation of B'nai El in Logan until most of its members moved or passed away and it was dissolved. In November 2009, Mr. Eiland was selected by WSAZ-TV as a "Hometown Hero." His great love of music evidenced itself by his lifelong involvement with bands and orchestras. He played the saxophone, clarinet and flute. During the late 1930s and 1940s, he played in several area dance bands. He was a member of the Logan High School Band and the WVU ROTC Band, the predecessor of The Pride of West Virginia. For many years, he marched with the WVU Alumni Band at Homecoming football games at Mountaineer Field in Morgantown. From 1980 through 2011, he was a member of the pit orchestra for the outdoor musical productions of The Aracoma Story Inc., presented at the Liz Spurlock Amphitheater at Chief Logan State Park. Mr. Eiland was a member of the American Bar Association, the West Virginia Bar Association, the West Virginia State Bar and the Logan County Bar Association. He served as a member of the State Bar Board of Governors and the State Bar long-range planning committee. He was also the biographer for the West Virginia Bar Association. For many years he was the chairman of the Character Committee for the 7th State Bar District. Funeral services will be held on Friday, May 17, 2019, at 11 a.m. at Honaker Funeral Home, 200 Main Street, Logan, with Rabbi Jean Eglinton officiating. There will be visitation one hour prior to the services. Burial with military rites will follow in the B'Nai Sholom section of the Spring Hill Cemetery in Huntington. In lieu of flowers, memorial gifts may be made to the Eiland Family Scholarship Funds to be established at The Logan County Charitable and Educational Foundation Incorporated, PO Box 1367, Logan, WV 25601, or at The Southern West Virginia Community College Foundation Inc., PO Box 2900, Mount Gay, WV 25637. For email condolences, go to www.honakerfuneralhome.org. Funeral arrangements are being handled by Honaker Funeral Home, Logan, W.Va.
Published by The Herald-Dispatch on May 15, 2019.
To plant trees in memory, please visit the Sympathy Store.
MEMORIAL EVENTS
May
17
Visitation
10:00a.m. - 11:00a.m.
Honaker Funeral Home Inc
200 Main St, Logan, WV
May
17
Funeral service
11:00a.m.
Honaker Funeral Home Inc
200 Main St, Logan, WV
Funeral services provided by:
Honaker Funeral Home Inc
MAKE A DONATION
MEMORIES & CONDOLENCES
Sponsored by Honaker Funeral Home Inc.
5 Entries
Edward Eiland was a gentleman in the truest sense -- a man of extraordinary generosity, humility, and self-discipline. As his nephew, I would like also to pay tribute to Nancy Kirkendall and to my cousin Stephanie Cohn Goldberg for their continuing dedication, good judgment, and resourcefulness in his behalf.
Howard Eiland
Family
May 26, 2019
One of the Kindest people I have ever known. A true friend and I am a better person from my association with him.
Tom Parks
May 19, 2019
My deepest sympathy to the Eiland family for this loss. Mr. Eiland was a beloved attorney for Logan County and a personal friend to me for many years as well as his lovely wife Evelyn and son, Pete. My deepest prayers also to his law partner of many years, John W. Bennett, and his secretary, my Aunt, Nancy Kirkendall. I know this is a tremendous loss for you both and my thoughts are with you during this difficult time.
Karen Carper
May 17, 2019
We at B'nai Sholom Congregation in Huntington have always been grateful for Mr. Eiland's support. We will be sad to fulfill the mitzvah of his burial on Friday.
Jean Eglinton
May 15, 2019
I only had a few interactions with Mr. Eiland when I with the fire department, but he was always willing to listen or offer a smile.
Jim McDonald
May 15, 2019
Showing 1 - 5 of 5 results