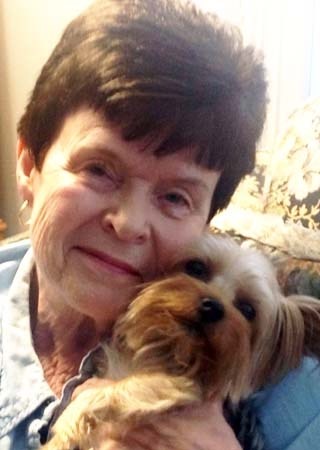 ASSUMPTION - Barbara S. (Tankersley, Baker) Freeman of Assumption, IL passed away on the 31st of October 2021, at Heritage Health Manor in Pana, IL.

Barbara was born on the 22nd of February 1941 in Moweaqua, IL to Carl and Dorothy (Winings) Tankersley. She married her current husband, Wayne Freeman, on the 15th of February 2003 in Goldfield, NV.

Barbara is survived by her husband, Wayne; her three daughters: Dawnn (UT), Rachel (FL) and Nicole (WI); seven grandchildren and many great-grandchildren.

Preceding her in death were her parents, her brother Jack and her sister Rosemary.

A private graveside service will be held at a future date. In lieu of flowers, Barbara asked that charitable donations be made to: Assumption's Women's Club, Macon Quilters (Linus Project), Assumption Senior Citizens, or your local SPCA. Donations will be collected by Seitz Funeral Home, 118 E. Main St, Moweaqua, IL 62550.

Seitz Funeral Home, Assumption, has been entrusted with the care and service arrangements. Condolences for the family may be left at www.seitzfh.com.

Published by Decatur Herald & Review on Nov. 9, 2021.
To plant trees in memory, please visit the Sympathy Store.
MEMORIAL EVENTS
To offer your sympathy during this difficult time, you can now have memorial trees planted in a National Forest in memory of your loved one.
Funeral services provided by:
Seitz Funeral Home - Moweaqua
MAKE A DONATION
MEMORIES & CONDOLENCES
Sponsored by Seitz Funeral Home - Moweaqua.
1 Entry
May your hearts soon be filled with wonderful memories of joyful times together as we celebrate a life well-lived.
Rachel Baker
Family
December 9, 2021
Showing 1 - 1 of 1 results