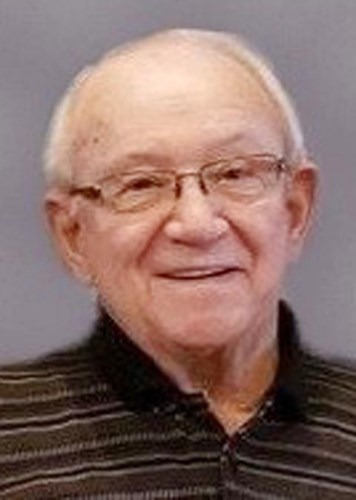 Cliff was born on May 24, 1934, in rural Effingham County, IL, a son of Noah Creighton and Flora (Smith) Mason. After a brief period at Caterpillar Tractor Co. as a welding inspector, he moved to Decatur in 1956, and purchased a small Standard Oil Station on the corner of W. Main St and Oakland Ave. Mason Standard, later known as Mason's Amoco became iconic, being known as the place for friendly and honest service. The friendships made and the favors given over those many years are too numerous to count. Operating this location for 51 years became Cliff's legacy and the most fulfilling part of his life outside of family.

He married Anita Frances Jackson in Vandalia, IL, on October 20, 1956.

Cliff enjoyed boating on Lake Decatur, car racing, and the St. Louis Cardinals. He had enjoyed handball at the YMCA, CMTV programs and supported Decatur with a passion. He watched Jimmy Swaggart faithfully. He was a member of the Oakwood Business Association, the AMOCO Dealer Association, and Maranatha Assembly of God. One of his greatest delights was helping customers and getting to know them. Even after retirement, he received many phone calls for wise counsel. Of all of his life's accomplishments, nothing brought him joy like watching his children and grandchildren grow up around him with his wife Anita by his side. He will be remembered fondly for being an honorable man with sharp wit, endless generosity, and long talks in the Florida room. His grandchildren think of his home as "the Fun House".

Memorials may be sent to Wounded Warrier Project – one of the the organizations dear to his heart.

Published by Decatur Herald & Review on Sep. 14, 2021.
To plant trees in memory, please visit the Sympathy Store.
MEMORIAL EVENTS
Sep
18
Visitation
10:00a.m. - 1:00p.m.
Maranatha Assembly of God
IL
Sep
18
Funeral service
1:00p.m.
Maranatha Assembly of God
IL
Funeral services provided by:
Brintlinger & Earl Funeral Homes - Decatur
MAKE A DONATION
MEMORIES & CONDOLENCES
Sponsored by Brintlinger & Earl Funeral Homes - Decatur.
3 Entries
I´m so very sorry for this great loss to your family. Praying that God will comfort you as he has during the recent loss of my own husband. It´s a hard road to walk but God is there every step of the way. I´m certain your husband/father/grandfather and friend is hearing "Well done" and he´s in the presence of the Lord. Let this bring you comfort and confidence in God´s promises.
Pansy Kirgan
September 18, 2021
My condolences to all the mason family. Especially Greg who has become a very good friend and to Todd
Bud clark
Other
September 14, 2021
We mourn your loss but rejoice with Cliff´s gain. God bless you.
Ray and Dareleen Ames
September 14, 2021
Showing 1 - 3 of 3 results