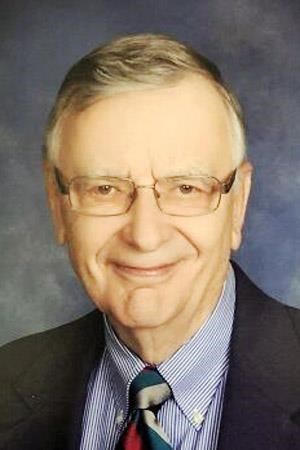 Jack was born in Decatur, IL, on February 5, 1930. He was a graduate of Decatur High School and Millikin University. After two years of college he entered the U.S. Army and served in Korea with the 3rd Infantry Division Band 1950-52. Upon his return he met and married Linda on June 21, 1953, and then completed his music education degree.

Jack was a master teacher and loved his band students. During his career in Illinois he taught at Brush College Elem, Blue Mound, Roosevelt M.S. (Peoria), Lowpoint-Washburn, and St. Pats in Washington. As a musician he performed with many groups starting in the mid 1950's with the Decatur Municipal Band and dance bands led by Bill Edsol and Charlie Morris. Later he was a member of the Prairie Wind Ensemble, Peoria Heights Senior Band, Peoria Pops Orchestra and even played baritone in a brass choir. Later in his retirement he returned to the Decatur area and rejoined the Decatur Municipal Band.

Jack also loved to sing lending his talent to local church choirs and singing solos as needed. He was especially fond of singing music made popular by Frank Sinatra. He was also never one to let an opportunity pass on telling a joke, quick quip or pun.

He was preceded in death by his parents; H.J. Schepper and Ilah Sellers Schepper, and his sister Marcie Gardner.